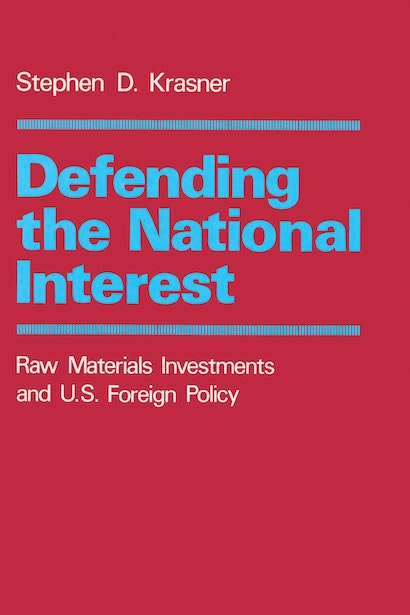 Stephen Krasner’s assumption of a distinction between state and society is the root of his argument for the superiority of a statist interpretation of American foreign policy. Here he challenges the two dominant and rival interpretations of the relationship between state and society: interest group liberalism and Marxism. He contends that the state is an autonomous entity acting on behalf of the national interest, and that state behavior cannot be explained by group or class interest.

On the basis of fifteen case studies drawn from extensive public records and published literature on American raw materials policy in the twentieth-century, Professor Krasner provides empirical substance to the debate about the meaning of the “national interest,” the importance of bureaucratic politics, and the influence of business on American foreign policy.

"Defending the National Interest is a major and highly original contribution to the study of American foreign policy and, in particular, to our understanding of the critically important area of national policy toward foreign investment in raw materials."—Robert Gilpin, Princeton University