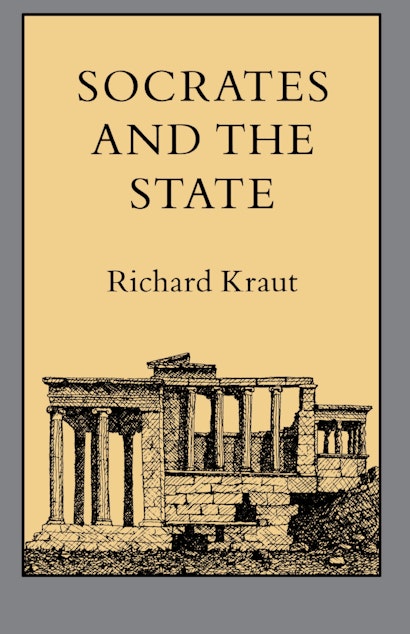 This fresh outlook on Socrates’ political philosophy in Plato’s early dialogues argues that it is both more subtle and less authoritarian than has been supposed. Focusing on the Crito, Richard Kraut shows that Plato explains Socrates’ refusal to escape from jail and his acceptance of the death penalty as arising not from a philosophy that requires blind obedience to every legal command but from a highly balanced compromise between the state and the citizen. In addition, Professor Kraut contends that our contemporary notions of civil disobedience and generalization arguments are not present in this dialogue.

Richard Kraut, Charles and Emma Morrison Professor in the Humanities at Northwestern University, is author of Aristotle on the Human Good (Princeton).

"[Kraut reads] . . . The text soberly, with close attention to what it says, reasoning out its import within its own linguistic and historical framework."—Gregory Vlastos, Times Literary Supplement

"Richard Kraut's challenging and excellent book approaches Plato's early dialogues and the Crito chief among them `as chapters from [Socrates'] intellectual biography.' Informing these chapters, in Kraut's view, is a coherent Socratic political theory which gives subtle and surprisingly comprehensive replies to two questions: When is an individual morally bound to obey the state? And who should rule the state?"—James Dybikowski, The Philosophical Review

"This is a valuable addition to the literature on the Crito and on Plato's political thought generally. It is to be commended alike from the scholarly and from the philosophical standpoint, and is, incidentally, a beautiful piece of book-production."—C. C. W. Taylor, The Classical Review