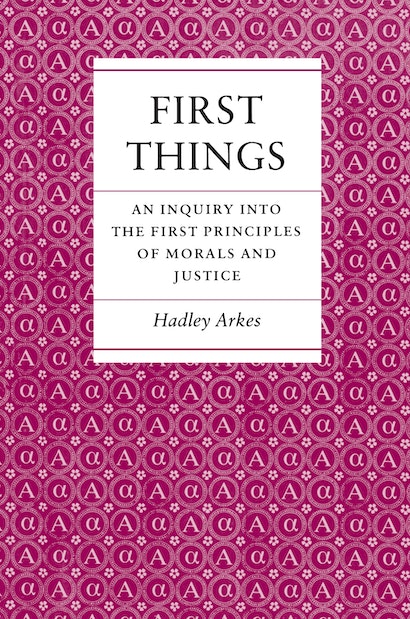 This book restores to us an understanding that was once settled in the “moral sciences”: that there are propositions, in morals and law, which are not only true but which cannot be otherwise. It was understood in the past that, in morals or in mathematics, our knowledge begins with certain axioms that must hold true of necessity; that the principles drawn from these axioms hold true universally, unaffected by variations in local “cultures”; and that the presence of these axioms makes it possible to have, in the domain of morals, some right answers. Hadley Arkes restates the grounds of that older understanding and unfolds its implications for the most vexing political problems of our day.

The author turns first to the classic debate between Abraham Lincoln and Stephen Douglas. After establishing the groundwork and properties of moral propositions, he traces their application in such issues as selective conscientious objection, justifications for war, the war in Vietnam, a nation’s obligation to intervene abroad, the notion of supererogatory acts, the claims of “privacy,” and the problem of abortion.

"First Things is, without question, an important essay in moral philosophy. . . . A powerful counterattack on the decayed, sophistic moral reasoning of our time."—Crisis