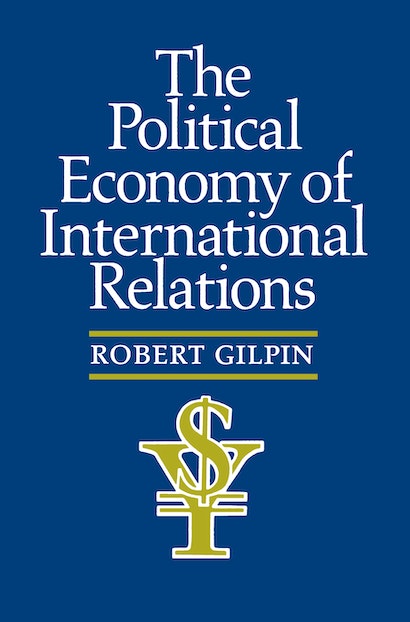 After the end of World War II, the United States, by far the dominant economic and military power at that time, joined with the surviving capitalist democracies to create an unprecedented institutional framework. By the 1980s many contended that these institutions — the General Agreement on Tariffs and Trade (now the World Trade Organization), the World Bank, and the International Monetary Fund — were threatened by growing economic nationalism in the United States, as demonstrated by increased trade protection and growing budget deficits.


In this book, Robert Gilpin argues that American power had been essential for establishing these institutions, and waning American support threatened the basis of postwar cooperation and the great prosperity of the period. For Gilpin, a great power such as the United States is essential to fostering international cooperation. Exploring the relationship between politics and economics first highlighted by Adam Smith, Karl Marx, and other thinkers of the eighteenth and nineteenth centuries, Gilpin demonstrated the close ties between politics and economics in international relations, outlining the key role played by the creative use of power in the support of an institutional framework that created a world economy.


Gilpin’s exposition of the in.uence of politics on the international economy was a model of clarity, making the book the centerpiece of many courses in international political economy. At the beginning of the twenty-first century, when American support for international cooperation is once again in question, Gilpin’s warnings about the risks of American unilateralism sound ever clearer.