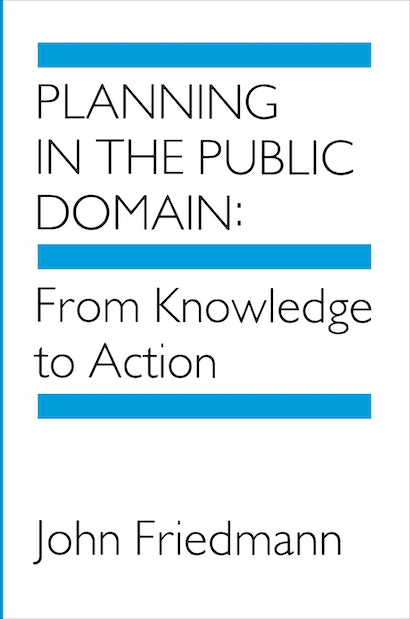 John Friedmann addresses a central question of Western political theory: how, and to what extent, history can be guided by reason. In this comprehensive treatment of the relation of knowledge to action, which he calls planning, he traces the major intellectual traditions of planning thought and practice. Three of these — social reform, policy analysis, and social learning — are primarily concerned with public management. The fourth, social mobilization, draws on utopianism, anarchism, historical materialism, and other radical thought and looks to the structural transformation of society “from below.” After developing a basic vocabulary in Part One, the author proceeds in Part Two to a critical history of each of the four planning traditions. The story begins with the prophetic visions of Saint-Simon and assesses the contributions of such diverse thinkers as Comte, Marx, Dewey, Mannheim, Tugwell, Mumford, Simon, and Habermas. It is carried forward in Part Three by Friedmann’s own nontechnocratic, dialectical approach to planning as a method for recovering political community.