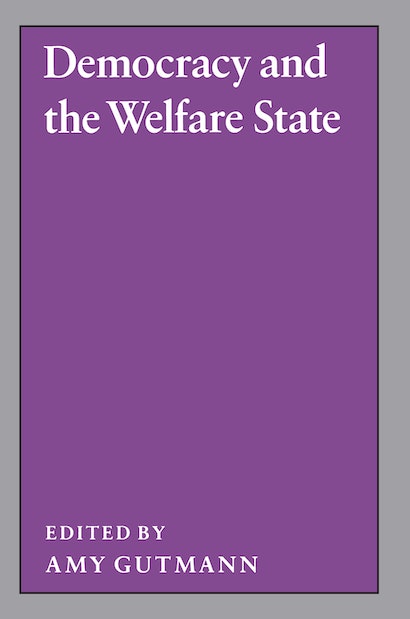 The essays in this volume explore the moral foundations and the political prospects of the welfare state in the United States. Among the questions addressed are the following: Has public support for the welfare state faded? Can a democratic state provide welfare without producing dependency on welfare? Is a capitalist (or socialist) economy consistent with the preservation of equal liberty and equal opportunity for all citizens? Why and in what ways does the welfare state discriminate against women? Can we justify limiting immigration for the sake of safeguarding the welfare of Americans? How can elementary and secondary education be distributed consistently with democratic values? The volume confronts powerful criticisms that have been leveled against the welfare state by conservatives, liberals, and radicals and suggests reforms in welfare state programs that might meet these criticisms.

"The welfare state is on the ideological defensive, especially in the United States and the United Kingdom. . . [This] volume is stimulating and informative and should be of interest to normative theorists and social scientists in general."—Economics and Philosophy