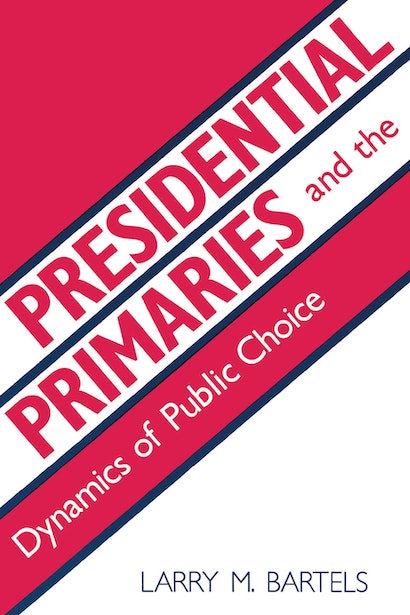 This innovative study blends sophisticated statistical analyses, campaign anecdotes, and penetrating political insight to produce a fascinating exploration of one of America’s most controversial political institutions — the process by which our major parties nominate candidates for the presidency. Larry Bartels focuses on the nature and impact of “momentum” in the contemporary nominating system. He describes the complex interconnections among primary election results, expectations, and subsequent primary results that have made it possible for candidates like Jimmy Carter, George Bush, and Gary Hart to emerge from relative obscurity into political prominence in recent nominating campaigns. In the course of his analysis, he addresses questions central to any understanding — or evaluation — of the modern nominating process. How do fundamental political predispositions influence the behavior of primary voters? How quickly does the public learn about new candidates? Under what circumstances will primary success itself generate subsequent primary success? And what are the psychological processes underlying this dynamic tendency?


Professor Bartels examines the likely consequences of some proposed alternatives to the current nominating process, including a regional primary system and a one-day national primary. Thus the work will be of interest to political activists, would-be reformers, and interested observers of the American political scene, as well as to students of public opinion, voting behavior, the news media, campaigns, and electoral institutions.