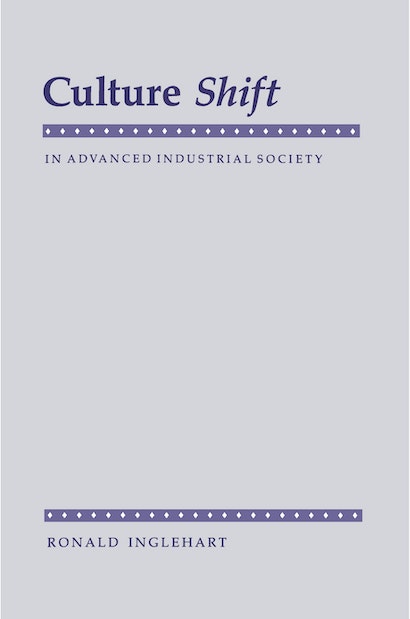 Economic, technological, and sociopolitical changes have been transforming the cultures of advanced industrial societies in profoundly important ways during the past few decades. This ambitious work examines changes in religious beliefs, in motives for work, in the issues that give rise to political conflict, in the importance people attach to having children and families, and in attitudes toward divorce, abortion, and homosexuality. Ronald Inglehart’s earlier book, The Silent Revolution (Princeton, 1977), broke new ground by discovering a major intergenerational shift in the values of the populations of advanced industrial societies. This new volume demonstrates that this value shift is part of a much broader process of cultural change that is gradually transforming political, economic, and social life in these societies.


Inglehart uses a massive body of time-series survey data from twenty-six nations, gathered from 1970 through 1988, to analyze the cultural changes that are occurring as younger generations gradually replace older ones in the adult population. These changes have far-reaching political implications, and they seem to be transforming the economic growth rates of societies and the kind of economic development that is pursued.

"[This book] represents the most ambitious attempt so far to explore what factors can be expected to determine the direction politics will take in the postmodern age. . . . Culture Shift is by far the most detailed, closely argued, and well-supported exposé on the foundation of politics in the postmodern age to date. . ."—Comparative Political Studies