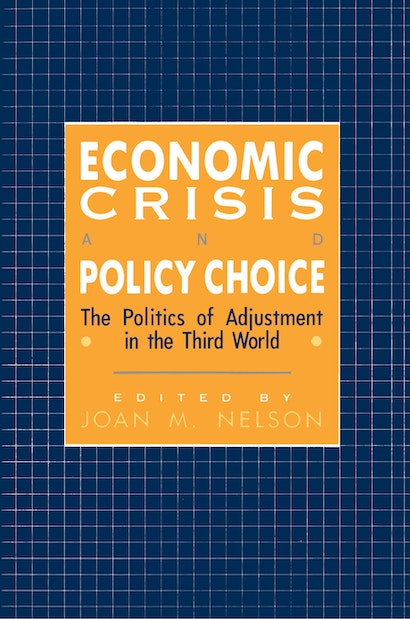 The acute economic pressures of the 1980s have forced virtually all of Latin America and Africa and some countries in Asia into painful austerity programs and difficult economic reforms. Scholars have intensively analyzed the economics of this situation, but they have given much less attention to the political forces involved. In this volume a number of eminent contributors analyze the politics of adjustment in thirteen countries and nineteen governments, drawing comparisons not only across the full set of cases but also within clusters selected to clarify specific issues. Why do some governments respond promptly to signs of economic trouble, while others muddle indecisively for years? Why do some confine their response to temporary macroeconomic measures, while others adopt broader, even sweeping, programs of reform? What leads some countries to experiment with heterodox approaches, while most, however reluctantly, pursue orthodox courses? Why, confronted with intense political protest, have some governments persisted while others have altered or abandoned course? The answers to these questions are political, not economic, and they are examined here by Thomas M. Callaghy, Stephan Haggard, Miles Kahler, Robert R. Kauman, Joan M. Nelson, and Barbara Stallings.