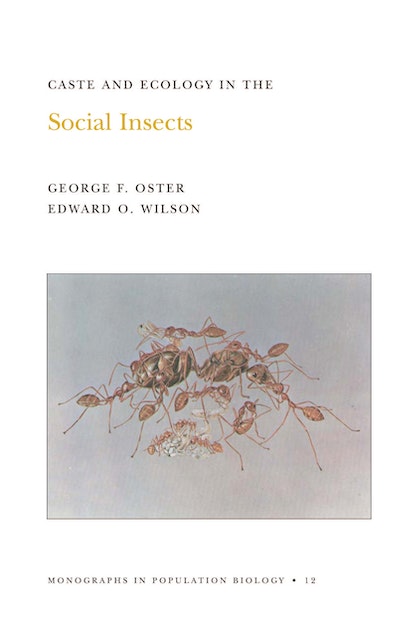 In this pathbreaking and far-reaching work George Oster and Edward Wilson provide the first fully developed theory of caste evolution among the social insects. Furthermore, in studying the effects of natural selection in generally increasing the insects’ ergonomic efficiency, they go beyond the concentration of previous researchers on the physiological mechanisms of the insects and turn our attention instead to the scale and efficiency of the insects’ division of labor.

Recognizing that the efficiency of the insect colony is based on a complex fitting of the division of labor to many simultaneous needs, including those imposed by the distribution of resources and enemies around the nest, Professors Oster and Wilson are able to construct a series of mathematical models to characterize the agents of natural selection that promote particular caste systems.

The social insects play a key role in the subject of sociobiology because their social organization is so rigid and can be related to genetic evolution. Because of this important consideration, the authors’ work has consequences not only for entomology but also for general evolutionary theory.