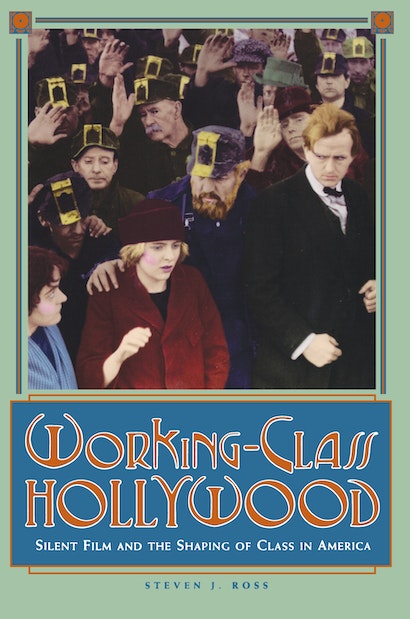 This path-breaking book reveals how Hollywood became “Hollywood” and what that meant for the politics of America and American film. Working-Class Hollywood tells the story of filmmaking in the first three decades of the twentieth century, a time when going to the movies could transform lives and when the cinema was a battleground for control of American consciousness. Steven Ross documents the rise of a working-class film movement that challenged the dominant political ideas of the day. Between 1907 and 1930, worker filmmakers repeatedly clashed with censors, movie industry leaders, and federal agencies over the kinds of images and subjects audiences would be allowed to see. The outcome of these battles was critical to our own times, for the victors got to shape the meaning of class in twentieth- century America.


Surveying several hundred movies made by or about working men and women, Ross shows how filmmakers were far more concerned with class conflict during the silent era than at any subsequent time. Directors like Charlie Chaplin, D. W. Griffith, and William de Mille made movies that defended working people and chastised their enemies. Worker filmmakers went a step further and produced movies from A Martyr to His Cause (1911) to The Gastonia Textile Strike (1929) that depicted a unified working class using strikes, unions, and socialism to transform a nation. J. Edgar Hoover considered these class-conscious productions so dangerous that he assigned secret agents to spy on worker filmmakers.


Liberal and radical films declined in the 1920s as an emerging Hollywood studio system, pressured by censors and Wall Street investors, pushed American film in increasingly conservative directions. Appealing to people’s dreams of luxury and upward mobility, studios produced lavish fantasy films that shifted popular attention away from the problems of the workplace and toward the pleasures of the new consumer society. While worker filmmakers were trying to heighten class consciousness, Hollywood producers were suggesting that class no longer mattered. Working-Class Hollywood shows how silent films helped shape the modern belief that we are a classless nation.

Steven J. Ross is Professor of History at the University of Southern California, where he teaches courses in American Social History and popular culture. He is the author of Workers on the Edge: Work, Leisure, and Politics in Industrializing Cincinnati, 1788-1890, and has published numerous articles on film history, labor history, and social history.

"One of the satisfactions in reading Working-Class Hollywood is that the author is as happily polemical as his subjects and not afraid to take sides. This gives his impressively researched and annotated book a scrappy, personal tone that is refreshing to find in a work of such academic weight."—Los Angeles Times

"A breakthrough volume in terms of American film history."—Vancouver Sun

"Working-Class Hollywood is ... a meticulous and beautifully accomplished re-creation of the lost world of labor and radical films.... No one reading this masterly new study can look at nearly a century of movie making in quite the same way again."—Journal of American History

"A vividly written chronicle of multi-faceted struggles over the meaning of class in American life as they took shape in silent film. . . . By analyzing the range of perspectives on class in early feature films, Ross provides a nuanced picture of the ways class issues and class relations were defined for movie audiences. . . . [A] rich, well-researched monograph . . . [and a] provocative and informative book."—Kathryn J. Oberdeck, Reviews in American History

"An impassioned celebration of a movement that depicted social issues at the birth of the big screen. . . . A valuable addition to cinema history. . . ."—Kirkus Review

"Steeped in labor and class history, sweetened by a perceptive moviegoer's parsing of onscreen images, Working-Class Hollywood is a fascinating study of how movies make us."—Washington Post Book World

"Steven J. Ross spent a decade laboring on Working-Class Hollywood, and it shows on every page. It is a phenomenally well-researched study . . . And yet is highly readable, without a hint of droning pedantry."—Ben Singer, Modernism/Modernity

"Steven J. Ross has an important story to tell, and he tells it with great passion and conviction."—Peter Kråmer, Labour History Review

"Steve Ross has written an absorbing and important book about a time when working-class life and working-class filmmakers occupied a central place in American cinema. I strongly recommend that anyone interested in the politics of American film read this book."—Michael Moore, Director of Roger and Me and TV Nation