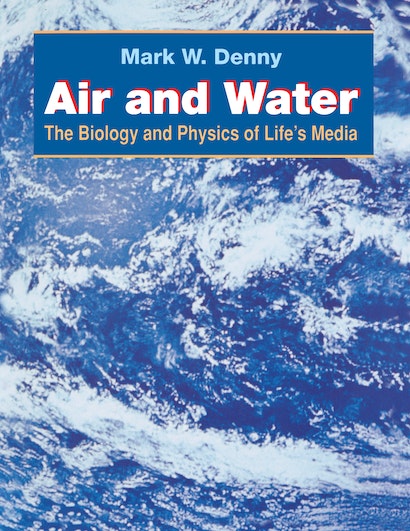 Addressing general readers and biologists, Mark Denny shows how the physics of fluids (in this case, air and water) influences the often fantastic ways in which life forms adapt themselves to their terrestrial or aquatic “media.”

"Seldom does one come across a science book that weighs 1.5 kg, is packed with information, and yet makes fascinating reading from cover to cover. . . . [Denny] relates the ability of living organisms to exist, move, and function to the bulk physical properties of the two substrates peculiar to Earth: air and water. . . . The biological examples are beautifully chosen and the author displays a fine sense of humor."—Felix Franks, Nature

"This is an interesting and fascinating book for the biologist and environmental scientist, who are often faced with the problem of resolving the interactions between organisms and their environment but rarely have an adequate or sufficiently detailed knowledge of the underlying physical principles to achieve a satisfactory resolution. In considering the interdependence between the physics of air and water, and the functional biology of the organisms which have evolved and adapted to terrestrial or aquatic environments, Denny has focused our attention on how the differences in many attributes of life, such as size and shape, can be explained by the physics of fluids."—Dennis A. Baker, The Times Higher Education Supplement