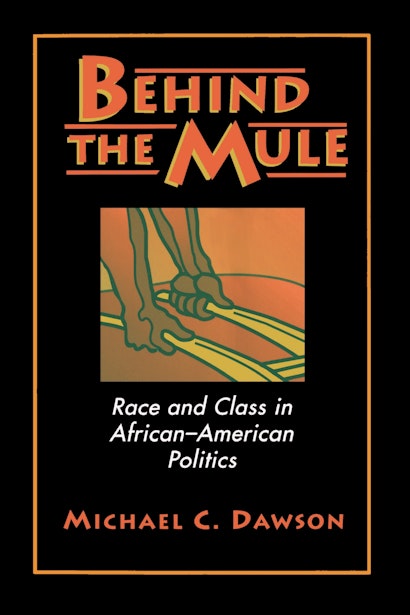 Political scientists and social choice theorists often assume that economic diversification within a group produces divergent political beliefs and behaviors. Michael Dawson demonstrates, however, that the growth of a black middle class has left race as the dominant influence on African- American politics. Why have African Americans remained so united in most of their political attitudes? To account for this phenomenon, Dawson develops a new theory of group interests that emphasizes perceptions of “linked fates” and black economic subordination.

Michael C. Dawson is Associate Professor of Political Science at the University of Chicago.

"[Dawson's] insights are useful for opening discussions of the ideological underpinnings of African American political beliefs and behavior. Highly recommended."—Choice

"Dawson's original analytics and wide-reaching empirical tests mark Behind the Mule as a new standard in the field of African-American politics."—American Political Science Review

"Scholarship, in disciplines and subfields, significantly changes, when mature, inventive, and brilliant works emerge. This book is one such moment and event. It is a pioneering and painstaking exploration of African-American politics from the standpoint of the people in that community, using their opinions, attitudes, and behaviors as guides."—Hanes Walton, Jr., University of Michigan

"Until now, no one has fully probed the contours of black group identity or looked systematically at the tension between solidarity and class differences among African Americans. Michael Dawson has done just that. He combines the best survey, a deep sense of historical and social context, and a vivid realization of why politics matters to show us how much African Americans remain unified, where they are dividing, and how racial group interests deeply affect all Americans."—Jennifer Hochschild, Harvard University