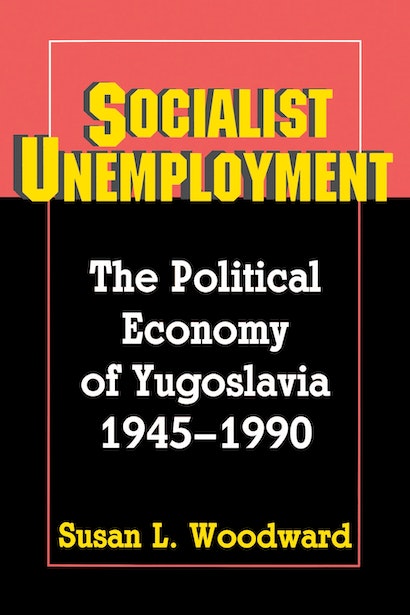 In the first political analysis of unemployment in a socialist country, Susan Woodward argues that the bloody conflicts that are destroying Yugoslavia stem not so much from ancient ethnic hatreds as from the political and social divisions created by a failed socialist program to prevent capitalist joblessness. Under Communism the concept of socialist unemployment was considered an oxymoron; when it appeared in postwar Yugoslavia, it was dismissed as illusory or as a transitory consequence of Yugoslavia’s unorthodox experiments with worker-managed firms. In Woodward’s view, however, it was only a matter of time before countries in the former Soviet bloc caught up with Yugoslavia, confronting the same unintended consequences of economic reforms required to bring socialist states into the world economy.


By 1985, Yugoslavia’s unemployment rate had risen to 15 percent. How was it that a labor-oriented government managed to tolerate so clear a violation of the socialist commitment to full employment? Proposing a politically based model to explain this paradox, Woodward analyzes the ideology of economic growth, and shows that international constraints, rather than organized political pressures, defined government policy. She argues that unemployment became politically “invisible,” owing to its redefinition in terms of guaranteed subsistence and political exclusion, with the result that it corrupted and ultimately dissolved the authority of all political institutions. Forced to balance domestic policies aimed at sustaining minimum standards of living and achieving productivity growth against the conflicting demands of the world economy and national security, the leadership inadvertently recreated the social relations of agrarian communities within a postindustrial society.

Susan L. Woodward is a Senior Fellow in the Foreign Policy Studies Program at The Brookings Institution.

"Woodward's argument is big and bold, challenging almost every major interpretation, from capitalist assumptions misapplied in a reform socialist context by outside analysis, to explanations of the sources of Yugoslavia's particular dilemmas and failures, to the meaning of Tito's death in the ungluing of the country. It is intellectual discourse at a high level."—Foreign Affairs