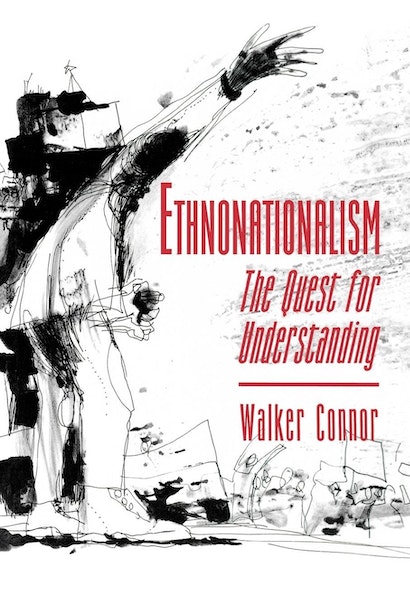 Walker Connor, perhaps the leading student of the origins and dynamics of ethnonationalism, has consistently stressed the importance of its political implications. In these essays, which have appeared over the course of the last three decades, he argues that Western scholars and policymakers have almost invariably underrated the influence of ethnonationalism and misinterpreted its passionate and nonrational qualities. Several of the essays have become classics: together they represent a rigorous and stimulating attempt to establish a secure methodological foundation for the study of a complicated phenomenon increasingly, if belatedly, recognized as the major cause of global political instability.


The book opens by reviewing a wide range of scholarship on ethnonationalism. Connor examines nineteenth-and early twentieth-century debate among British scholars on the viability and desirability of the multinational state, the American “nation-building” school of thought that dominated the literature on political development in the post-World War II era, and the recent explosion of literature on ethnonationalism. In the second part of the book, he shows how progress in the study of ethnonationalism has been hampered by terminological confusion, an inclination to perceive homogeneity even where heterogeneity thrives, an unwarranted tendency to seek explanation for ethnic conflict in economic differentials, and lack of historical perspective. The book closes with a consideration of the inherent limitations of rational inquiry into the realm of group-identity.

Walker Connor is the John R. Reitemeyer Professor of Political Science at Trinity College in Hartford, Connecticut. Among his works is The National Question in Marxist-Leninist Theory and Strategy (Princeton).

"This collection . . . by one of the leading scholars of ethnonationalism is both highly instructive about the essential nature of the problem and unusually prescient in its anticipation of the ethnic and nationalist resurgence in Eastern Europe and the former Soviet Union."—Foreign Affairs

"More than anyone else, Walker Connor invented the term 'ethnonationalism.' In these essays he explains why the phenomenom has been misunderstood by scholars from all ends of the ideological spectrum. . . . His predictions, dating from the 1960s, that nationalism would outlive socialism in the Marxist-Leninist states have been totally vindicated by events in the Soviet Union, Eastern Europe, and much of the rest of the world."—John Stone, European University Institute and George Mason University