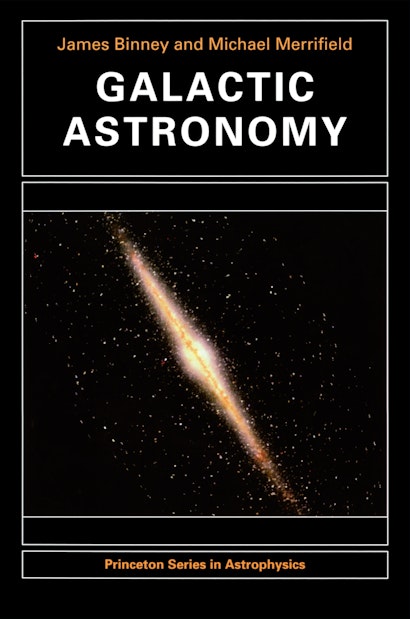 This is the definitive treatment of the phenomenology of galaxies — a clear and comprehensive volume that takes full account of the extraordinary recent advances in the field. The book supersedes the classic text Galactic Astronomy that James Binney wrote with Dimitri Mihalas, and complements Galactic Dynamics by Binney and Scott Tremaine. It will be invaluable to researchers and is accessible to any student who has a background in undergraduate physics.


Throughout, the book emphasizes the observational basis for current understanding of galactic astronomy, with references to the original literature. Offering both new information and a comprehensive view of its subject, it will be an indispensable source for professionals, as well as for graduate students and advanced undergraduates.

James Binney is Professor of Physics and a Fellow of Merton College, University of Oxford. His books include Galactic Dynamics (Princeton), which he coauthored with Scott Tremaine. Michael Merrifield is University Lecturer in Astronomy at the University of Southampton.