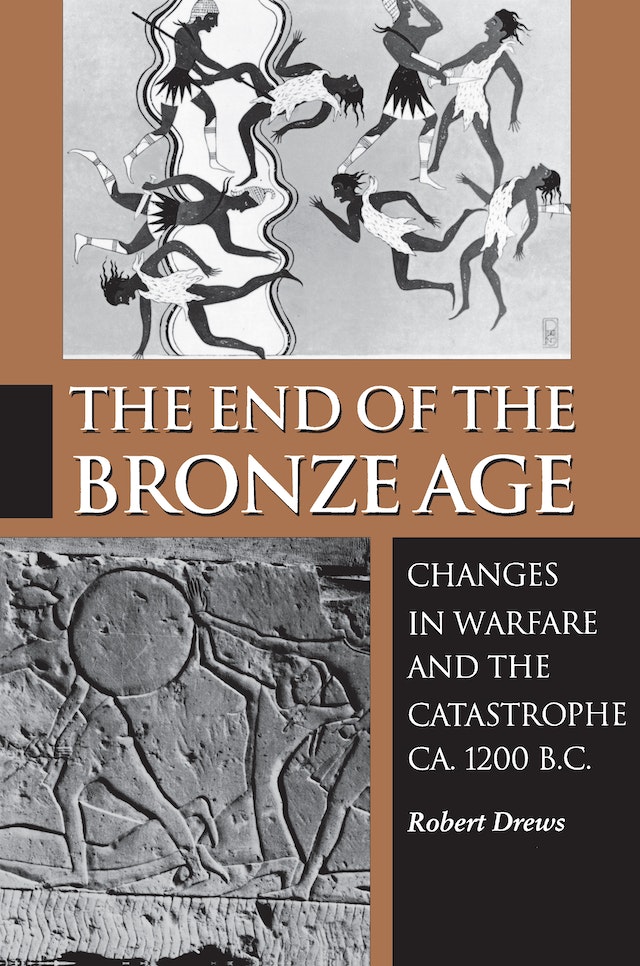 The Bronze Age came to a close early in the twelfth century b.c. with one of the worst calamities in history: over a period of several decades, destruction descended upon key cities throughout the Eastern Mediterranean, bringing to an end the Levantine, Hittite, Trojan, and Mycenaean kingdoms and plunging some lands into a dark age that would last more than four hundred years. In his attempt to account for this destruction, Robert Drews rejects the traditional explanations and proposes a military one instead.

Robert Drews is Professor of Classics and History at Vanderbilt University and the author of The Coming of the Greeks: Indo-European Conquests in the Aegean and the Near East (Princeton).

"[The End of the Bronze Age] provides a concise overview of the problem and the present state of our knowledge.... Drews has produced a thought-provoking work with an intriguing thesis, informative and thorough in its scholarship, sound and imaginative in its arguments."—J. P. Karras, The Journal of Military History

"[Drews] has differentiated between evidence and speculation so that those who will continue to debate the Catastrophe can use the book effectively. What is more important is that he has laid to rest some archaeological factoids which in their turn were based on no more than guesswork."—David W. J. Gill, Bryn Mawr Classical Review