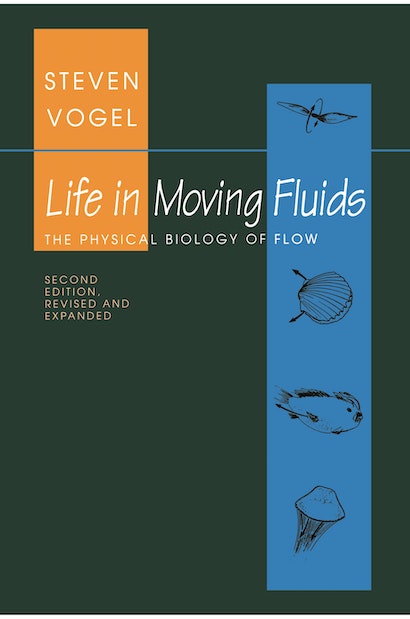 Both a landmark text and reference book, Steven Vogel’s Life in Moving Fluids has also played a catalytic role in research involving the applications of fluid mechanics to biology. In this revised edition, Vogel continues to combine humor and clear explanations as he addresses biologists and general readers interested in biological fluid mechanics, offering updates on the field over the last dozen years and expanding the coverage of the biological literature. His discussion of the relationship between fluid flow and biological design now includes sections on jet propulsion, biological pumps, swimming, blood flow, and surface waves, and on acceleration reaction and Murray’s law. This edition contains an extensive bibliography for readers interested in designing their own experiments.

Steven Vogel is James B. Duke Professor in the Department of Zoology at Duke University. He is the author of Life's Devices: The Physical World of Animals and Plants (Princeton), for which he won the Jean and Irving Stone Science Writing Award, and Vital Circuits: A Popular Account of Circulatory Systems.