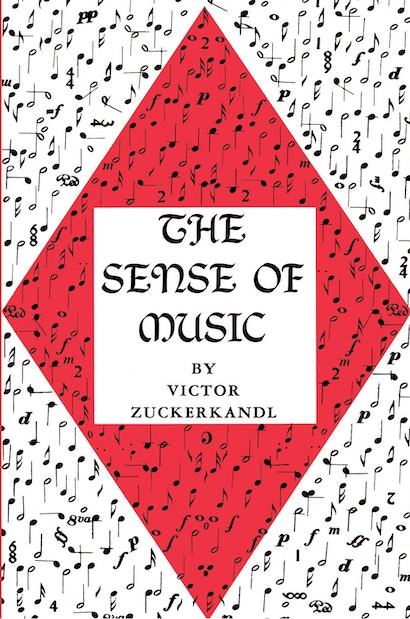 This book is addressed to the listener whose enjoyment of music is filled with questions and whose curiosity makes him eager to grasp the sense of music, despite a lack of theoretical training. Unlike the usual listener’s guide, which begins with a discussion of the elementary materials of music, this book starts with the elementary experiences of listening.

Victor Zuckerkandl (1896-1965), born in Vienna, came to the United States in 1940 and taught at Wellesley College, The New School, and St. John's College in Annapolis, where he developed the new approach to music presented in this book. His publications include Sound and Symbol: Music and the External World Princeton/Bollingen, 1969). A continuation of Sound and Symbol was completed before his death. It has been translated by Norbert Guterman and published as Man the Musician (Bollingen XLIV:2).

"The teachings of Heinrich Schenker, the Gestalt theory, and the thorough knowledge of the world of sound provide the general framework for this excellent listeners' introduction to the structure and order of music. The author . . . begins with no more than the bare bones of the listening experience (the willing, listening ear concentrating on the single, successive, and organized sounds which it can learn to interpret as music) but builds up his case rapidly, logically, and rigorously."—Catharine K. Miller, Library Journal

"This is a highly valuable book, one which should be widely read, not only by music lovers whose relation to music consists mainly in listening to records and radio, but even by the not-too-advanced student who has had some theoretical training."—Ernst Oster, Journal of Music Theory

"Anyone who has taught a music course for general college students (as music appreciation, introduction to music, or part of a humanities core) will find this a fascinating and helpful book."—Music Educators Journal