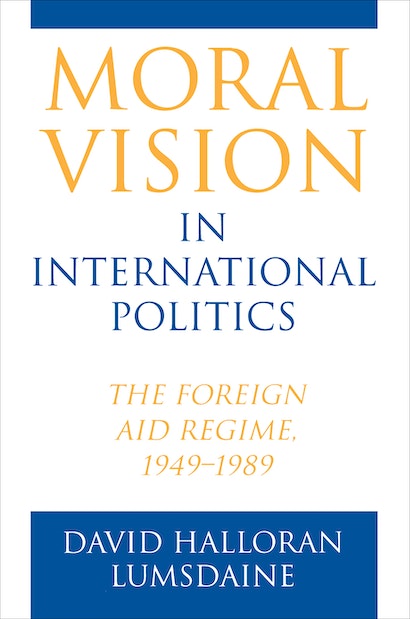 Can moral vision influence the dynamics of the world system? This inquiry into the evolving foreign aid policies of eighteen developed democracies challenges conventional international relations theory and offers a broad framework of testable hypotheses about the ways ethical commitments can help structure global politics. For forty years development assistance has been the largest and steadiest net financial flow to the Third World, far ex- ceeding investment by multinational corporations. Yet fifty years ago aid was unheard of. Investigating this sudden and widespread innovation in the postwar political economy, David Lumsdaine marshals a wealth of historical and statistical evidence to show that aid was based less on donor economic and political interests than on humanitarian convictions and the belief that peace and prosperity could be sustained only within a just international order.


Lumsdaine finds the developed countries adhered to rules that, increasingly, favored the neediest aid recipients and reduced their own leverage. Furthermore, the donors most concerned about domestic poverty also gave more foreign aid: the U.S. aid effort was weaker than that of other donors. Many lines of evidence — how aid changed over time, which donors contributed heavily, where the money was spent, who supported aid efforts — converge to show how humanitarian concerns shaped aid. Seeking to bridge the gap between normative theory and empirical analysis, Lumsdaine’s broad comparative study suggests that renewed moral vision is a prerequisite to devising workable institutions for a post-cold war world.