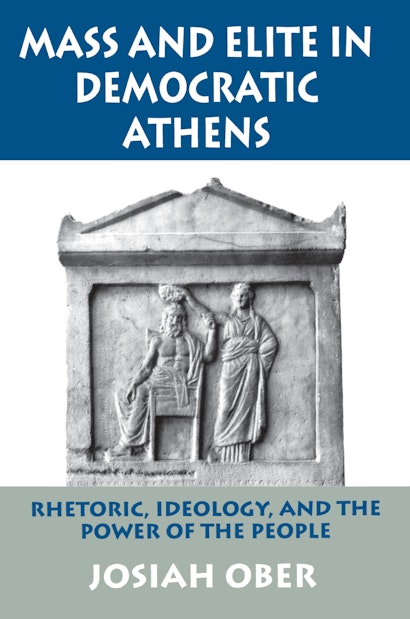 This book asks an important question often ignored by ancient historians and political scientists alike: Why did Athenian democracy work as well and for as long as it did? Josiah Ober seeks the answer by analyzing the sociology of Athenian politics and the nature of communication between elite and nonelite citizens. After a preliminary survey of the development of the Athenian “constitution,” he focuses on the role of political and legal rhetoric. As jurymen and Assemblymen, the citizen masses of Athens retained important powers, and elite Athenian politicians and litigants needed to address these large bodies of ordinary citizens in terms understandable and acceptable to the audience. This book probes the social strategies behind the rhetorical tactics employed by elite speakers.


A close reading of the speeches exposes both egalitarian and elitist elements in Athenian popular ideology. Ober demonstrates that the vocabulary of public speech constituted a democratic discourse that allowed the Athenians to resolve contradictions between the ideal of political equality and the reality of social inequality. His radical reevaluation of leadership and political power in classical Athens restores key elements of the social and ideological context of the first western democracy.