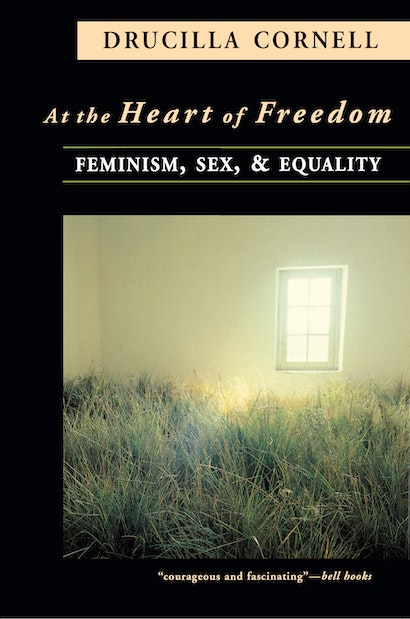 How can women create a meaningful and joyous life for themselves? Is it enough to be equal with men? In this provocative and wide-ranging book, Drucilla Cornell argues that women should transcend the quest for equality and focus on what she shows is a far more radical project: achieving freedom. Cornell takes us on a highly original exploration of what it would mean for women politically, legally, and culturally, if we took this ideal of freedom seriously — if, in her words, we recognized that “hearts starve as well as bodies.” She takes forceful and sometimes surprising stands on such subjects as abortion, prostitution, pornography, same-sex marriage, international human rights, and the rights and obligations of fathers. She also engages with what it means to be free on a theoretical level, drawing on the ideas of such thinkers as Kant, Rawls, Ronald Dworkin, Hegel, and Lacan.


Cornell begins by discussing what she believes lies at the heart of freedom: the ability for all individuals to pursue happiness in their own way, especially in matters of love and sex. This is only possible, she argues, if we protect the “imaginary domain” — a psychic and moral space in which individuals can explore their own sources of happiness. She writes that equality with men does not offer such protection, in part because men themselves are not fully free. Instead, women must focus on ensuring that individuals face minimal interference from the state and from oppressive cultural norms. They must also respect some controversial individual choices. Cornell argues in favor of permitting same-sex couples to marry and adopt children, for example. She presses for access to abortion and for universal day care. She also justifies lifestyles that have not always been supported by other feminists, ranging from staying at home as a primary caregiver to engaging in prostitution. She argues that men should have similar freedoms — thus returning feminism to its promise that freedom for women would mean freedom for all.


Challenging, passionate, and powerfully argued, Cornell’s book will have a major impact on the course of feminist thought.

Drucilla Cornell is Professor of Law, Political Science, and Women's Studies at Rutgers University. She is the author of numerous books, including The Imaginary Domain: A Discourse on Abortion, Pornography, and Sexual Harassment and Transformations: Recollective Imagination and Sexual Difference. She has also edited and coedited several books, including Feminism and Pornography (forthcoming) and Deconstruction and the Possibility of Justice (with Michel Rosenfeld and David G. Carlson).

"This work unabashedly focuses on the individual and stresses the freedom of each as a sexual being. . . A valuable study."—Gayle Binion, Political Theory

"True to a revolutionary vision of feminist politics, in this courageous and fascinating book Drucilla Cornell challenges everyone to rethink feminist theory in ways that interrogate and transform the discourse so that it offers an inclusive paradigm for liberation."—bell hooks