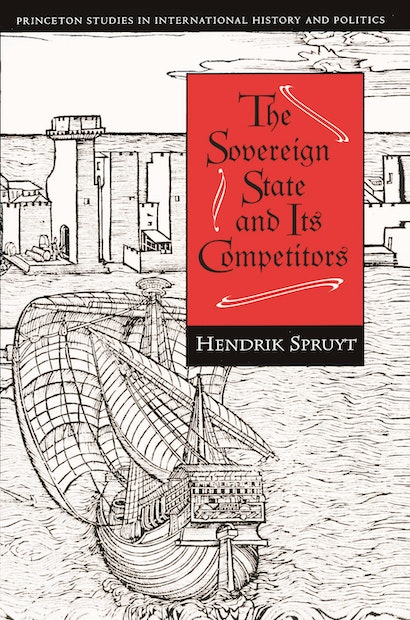 The present international system, composed for the most part of sovereign, territorial states, is often viewed as the inevitable outcome of historical development. Hendrik Spruyt argues that there was nothing inevitable about the rise of the state system, however. Examining the competing institutions that arose during the decline of feudalism — among them urban leagues, independent communes, city states, and sovereign monarchies — Spruyt disposes of the familiar claim that the superior size and war-making ability of the sovereign nation-state made it the natural successor to the feudal system.


The author argues that feudalism did not give way to any single successor institution in simple linear fashion. Instead, individuals created a variety of institutional forms, such as the sovereign, territorial state in France, the Hanseatic League, and the Italian city-states, in reaction to a dramatic change in the medieval economic environment. Only in a subsequent selective phase of institutional evolution did sovereign, territorial authority prove to have significant institutional advantages over its rivals. Sovereign authority proved to be more successful in organizing domestic society and structuring external affairs. Spruyt’s interdisciplinary approach not only has important implications for change in the state system in our time, but also presents a novel analysis of the general dynamics of institutional change.

Hendrik Spruyt is Assistant Professor in the Department of Political Science at Columbia University.

"Hendrik Spruyt's book provides new and interesting analytical framework for examining—from an international perspective—the emergence of new international political systems....The book advances a bold and intriguing hypothesis....[It is] a powerful and provocative essay; the examination of its details will probably provide much work in years to come. Any economic historian who considers the state system as fundamental to European growth should read this work."—Avner Greif, Journal of Economic History

"This intriguing book argues that nation-states and territorially sovereign powers were not the only possible form of organization, and that the end of the Middle Ages saw the flowering of a variety of alternatives."—Foreign Affairs

"Spruyt ... shows that sovereign states of Europe emerged from the decline of feudalism as urban units gained freedom and formed leagues.... He also puts into perspective the European Union that today's nation-states are attempting to put together.... A significant contribution to political science and to European history."—Bibliothèque Humanisme et Renaissance

"Spruyt takes on a theme that is ... of central import to political science.... A convincing demonstration that there was nothing inevitable about the triumph of the [present] form of the state."—John A. Hall, McGill University