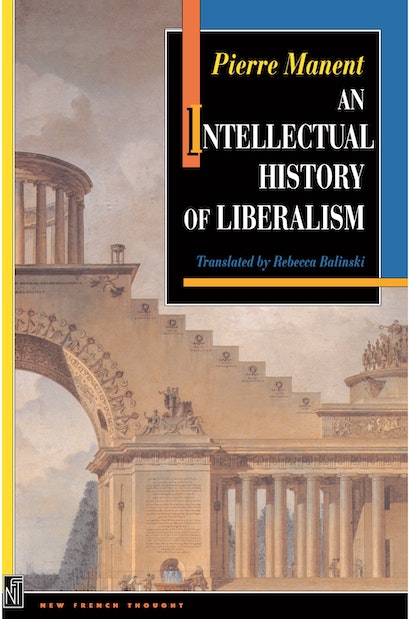 Highlighting the social tensions that confront the liberal tradition, Pierre Manent draws a portrait of what we, citizens of modern liberal democracies, have become. For Manent, a discussion of liberalism encompasses the foundations of modern society, its secularism, its individualism, and its conception of rights. The frequent incapacity of the morally neutral, democratic state to further social causes, he argues, derives from the liberal stance that political life does not serve a higher purpose. Through quick-moving, highly synthetic essays, he explores the development of liberal thinking in terms of a single theme: the decline of theological politics.


The author traces the liberal stance to Machiavelli, who, in seeking to divorce everyday life from the pervasive influence of the Catholic church, separated politics from all notions of a cosmological order. What followed, as Manent demonstrates in his analyses of Locke, Hobbes, Rousseau, Guizot, and Constant, was the evolving concept of an individual with no goals outside the confines of the self and a state with no purpose but to prevent individuals from dominating one another. Weighing both the positive and negative effects of such a political arrangement, Manent raises important questions about the fundamental political issues of the day, among them the possibility of individual rights being reconciled with the necessary demands of political organization, and the desirability of a government system neutral about religion but not about public morals.

Pierre Manent is director of studies at the Ecole des Hautes Etudes en Sciences Sociales in Paris and coeditor of the journal La Pensée politique.

"Pierre Manent has the lively and free step of a man who has chosen the society of great minds. After so many books that make the reader consider the great authors in the context of an inventory of their neuroses or an account of their property, it is good to encounter a work where the content of the thoughts is more important than the conditions of their production."—Mona Ozouf, Le Nouvel observateur

"Manent has written a concise and graceful essay on the history of liberal thought. . . . [This] book makes clear that even the most emphatically political liberalisms always involve more than opinions about forms of government. Liberalism, as he reconstructs it, is an elaborate edifice of beliefs, practices and institutions. To neglect any one of these elements is, in Manent's account, to endanger the whole."—Peter Berkowitz, The Boston Book Review

"[This book] is situated in what can be seen as the most important cultural current of the end of the twentieth century, that is to say the systematic reevaluation of modernity. . . . Pierre Manent explains to us with remarkable clarity and conciseness that our comprehension of modern politics must be re-placed in the frame of religious dilemmas from which it has emerged."—Jean Marejko, L'Impact

"Manent's striking claim is that to make sense of liberalism as a form of life one must see it in the light of the spirit that animates it, and that that animating spirit comes into sharpest focus in the writings of the great European political theorists. . . . [He] has written a concise and graceful essay on the history of liberal thought."—The Boston Book Review

"Manent's whirlwind tour through the major works of modern political philosophy attempts to answer the question, "Where are we heading?" . . . Manent's approach . . . exhibits a profundity not often encountered in contemporary Anglo-American political philosophy. . . . [his] book can be placed proudly next to the classic works of two of his teachers: Raymond Aron and Leo Strauss."—Crisis

"He has not offered us one of those academic tomes that seem more concerned with scoring points against rivals in the academy than with the material itself. Instead, Manent has, in 10 pointed "lessons," taken up the central questions animating some of the major works of modernity. . . . [Manent's work] is filled with remarkable insights into the nature of liberalism."—Adam Wolfson, The Public Interest