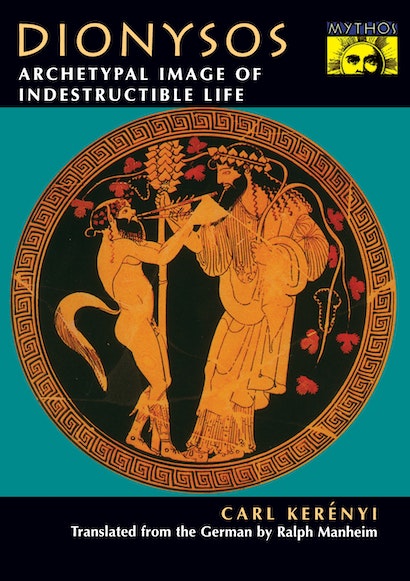 No other god of the Greeks is as widely present in the monuments and nature of Greece and Italy, in the sensuous tradition of antiquity, as Dionysos. In myth and image, in visionary experience and ritual representation, the Greeks possessed a complete expression of indestructible life, the essence of Dionysos. In this work, the noted mythologist and historian of religion Carl Kerényi presents a historical account of the religion of Dionysos from its beginnings in the Minoan culture down to its transition to a cosmic and cosmopolitan religion of late antiquity under the Roman Empire. From the wealth of Greek literary, epigraphic, and monumental traditions, Kerényi constructs a picture of Dionysian worship, always underlining the constitutive element of myth.


Included in this study are the secret cult scenes of the women’s mysteries both within and beyond Attica, the mystic sacrificial rite at Delphi, and the great public Dionysian festivals at Athens. The way in which the Athenian people received and assimilated tragedy in its immanent connection with Dionysos is seen as the greatest miracle in all cultural history. Tragedy and New Comedy are seen as high spiritual forms of the Dionysian religion, and the Dionysian element itself is seen as a chapter in the religious history of Europe.

Carl Kerényi was professor of classics and the history of religion in his native Hungary and later became a citizen of Switzerland. He died in 1973 at the age of 76. His works include Eleusis: Archetypal Image of Mother and Daughter and, with C. G. Jung, Essays on a Science of Mythology: The Myth of the Divine Child and the Mysteries of Eleusis.

"A monumental work by one of this century's leading students of ancient religion. . . . The book is lavishly produced. . . . Should remain a standard item for some time to come."—Choice