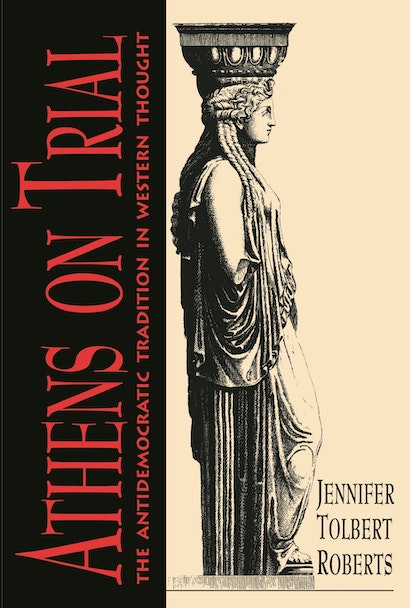 The Classical Athenians were the first to articulate and implement the notion that ordinary citizens of no particular affluence or education could make responsible political decisions. For this reason, reactions to Athenian democracy have long provided a prime Rorschach test for political thought. Whether praising Athens’s government as the legitimizing ancestor of modern democracies or condemning it as mob rule, commentators throughout history have revealed much about their own notions of politics and society. In this book, Jennifer Roberts charts responses to Athenian democracy from Athens itself through the twentieth century, exploring a debate that touches upon historiography, ethics, political science, anthropology, sociology, philosophy, gender studies, and educational theory.

Jennifer Tolbert Roberts is Professor of History at Southern Methodist University and Associate Professor of Classical Languages and History at the City College of New York and the CUNY Graduate Center. She is the author of Accountability in Athenian Government (Wisconsin) and, with Robert Zaller and Richard Greaves, Civilizations of the West (HarperCollins).

"Roberts has given us an excellent study of [the Athenian] legacy...Athens on Trial deserves praise both for its conception and its execution."—Eric W. Robinson, Bryn Mawr Classical Review

"A first-rate intellectual and cultural history."—Stephen Goode, The Washington Times

"Roberts . . . writes with learning, wit, acerbity, profundity, and engagement on the vicissitudes of the idea [of democracy] in its supposedly original Athenian form."—Paul Cartledge, New Statesman & Society