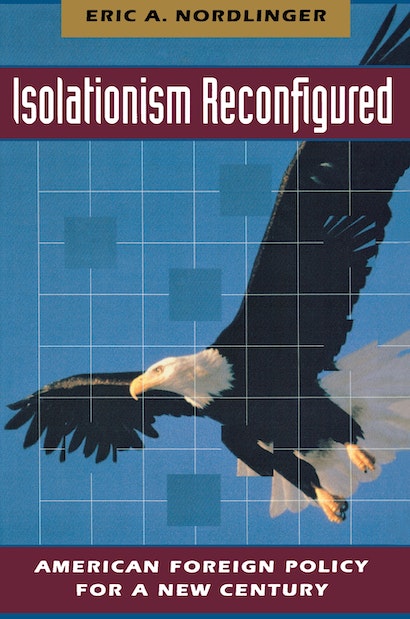 This iconoclastic and fundamental work, Eric Nordlinger’s last, advocates a new variant of isolationism, a “national strategy” confining U.S. military actions largely to North America and to neighboring sea-and air- lanes but encouraging international activism and engagement in nonsecurity realms. In Nordlinger’s view, disengaging from security commitments on distant shores would liberate the United States to use its resources and decision-making powers to act more effectively abroad in matters of economic policy and human rights. A national strategy would then become a powerful new method of encouraging international ideals of democracy, and isolationism would be freed of its previous associations with appeasement, weakness, economic protectionism, and self-serving nationalism.


Nordlinger draws on the recent historical record to show that a national strategy would have lessened the perils of earlier decades, including those of the Cold War. While real dangers did exist during this period, engaged strategies, such as containment, too often exacerbated them. The United States could have effectively and far less expensively helped to deter Communist aggression in Europe and Asia by encouraging other nations to make larger investments in their own protection. Marshaling impressive empirical evidence in defense of a controversial position, this final work by a leading scholar of international affairs is essential reading for scholars, practitioners, and lay readers alike.

Eric A. Nordlinger (1939-1994) was Professor of Political Science at Brown University and an Associate at the Olin Institute for Strategic Studies at Harvard University. His works include On The Autonomy of the Democratic State and Soldiers in Politics.

"Nordlinger . . . is an isolationist with a difference. . . . He departs from the isolationist tradition . . . in wanting to promote human rights and democracy through economic sanctions. . . . [Nordlinger's] fearless iconoclasm and dogged analytical rigor command admiration."—Foreign Affairs

"One of the most original, provocative, and important foreign policy books to appear in years."—Samuel P. Huntington, Harvard University

"A stimulating and well-argued work.... Even those who continue to disagree with Nordlinger after reading the book will be made to rethink and deepen their own ideas."—Robert Jervis, Institute of War and Peace Studies, Columbia University