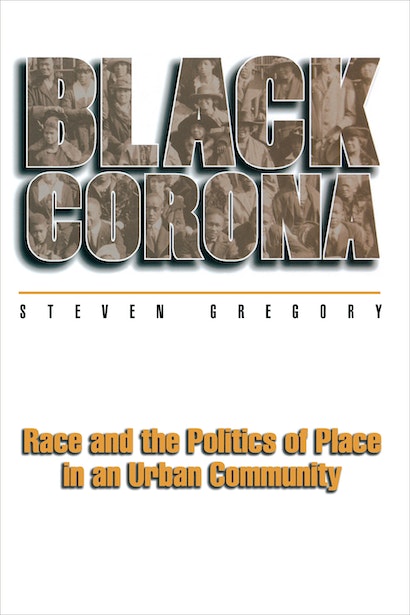 In Black Corona, Steven Gregory examines political culture and activism in an African-American neighborhood in New York City. Using historical and ethnographic research, he challenges the view that black urban communities are “socially disorganized.” Gregory demonstrates instead how working-class and middle-class African Americans construct and negotiate complex and deeply historical political identities and institutions through struggles over the built environment and neighborhood quality of life. With its emphasis on the lived experiences of African Americans, Black Corona provides a fresh and innovative contribution to the study of the dynamic interplay of race, class, and space in contemporary urban communities. It questions the accuracy of the widely used trope of the dysfunctional “black ghetto,” which, the author asserts, has often been deployed to depoliticize issues of racial and economic inequality in the United States. By contrast, Gregory argues that the urban experience of African Americans is more diverse than is generally acknowledged and that it is only by attending to the history and politics of black identity and community life that we can come to appreciate this complexity.


This is the first modern ethnography to focus on black working-class and middle-class life and politics. Unlike books that enumerate the ways in which black communities have been rendered powerless by urban political processes and by changing urban economies, Black Corona demonstrates the range of ways in which African Americans continue to organize and struggle for social justice and community empowerment. Although it discusses the experiences of one community, its implications resonate far more widely.

"Gregory employs the discipline of anthropology to penetrate the many myths and clichés that obscure the dynamics of black life in an urban community. Corona is the perfect subject for his investigation.... Black Corona is ideal for the community organizer, neighborhood historian, or academic.... [A] well-researched and beautifully written study."—Bill Batson, New York Amsterdam News

"Gregory gives an up-close look at community organization in a black middle-class community that defies stereotypes by outsiders about urban pathology and the disorganization and chaos that are supposed to exist in black neighborhoods."—Booklist

"[Gregory] investigates class within race, race within place, and place within politics. . . . [He] makes important points about the structuring of black identities in reaction to racial, class, and gender hierarchies."—Mary Pattillo-McCoy, American Journal of Sociology

"Gregory's analysis of race, ethnic, and class contacts and cooperation is clear and well written. . . . [A] welcome addition to the sparse ethnographic literature on middle-class African America."—Choice

"While asserting that race and economics are important elements in the mix that creates and perpetuates poor communities, [Gregory] believes poverty at root is a political problem regardless of race. A well-documented analysis that counters prevailing views."—Library Journal

"An excellent case study and microanalysis of a single community. It is a well written and documented confutation of black stereotypes and their communities. . . . A classic piece of urban anthropology.""—Wilbur C. Rich, Isis

"Gregory's great insight is to focus on the ways in which the dynamics of class and race inform the actual patterns of daily struggle in real communities. Black Corona represents a significant contribution to the study of contemporary black urban life."—Manning Marable, Professor of History and Director, Institute for Research in African-American Studies, Columbia University