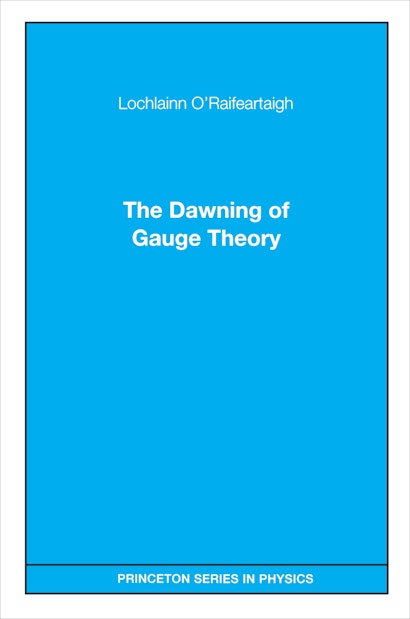 During the course of this century, gauge invariance has slowly emerged from being an incidental symmetry of electromagnetism to being a fundamental geometrical principle underlying the four known fundamental physical interactions. The development has been in two stages. In the first stage (1916-1956) the geometrical significance of gauge-invariance gradually came to be appreciated and the original abelian gauge-invariance of electromagnetism was generalized to non-abelian gauge invariance. In the second stage (1960-1975) it was found that, contrary to first appearances, the non-abelian gauge-theories provided exactly the framework that was needed to describe the nuclear interactions (both weak and strong) and thus provided a universal framework for describing all known fundamental interactions. In this work, Lochlainn O’Raifeartaigh describes the former phase.


O’Raifeartaigh first illustrates how gravitational theory and quantum mechanics played crucial roles in the reassessment of gauge theory as a geometric principle and as a framework for describing both electromagnetism and gravitation. He then describes how the abelian electromagnetic gauge-theory was generalized to its present non-abelian form. The development is illustrated by including a selection of relevant articles, many of them appearing here for the first time in English, notably by Weyl, Schrodinger, Klein, and London in the pre-war years, and by Pauli, Shaw, Yang-Mills, and Utiyama after the war. The articles illustrate that the reassessment of gauge-theory, due in a large measure to Weyl, constituted a major philosophical as well as technical advance.

Lochlainn O'Raifeartaigh is Senior Professor at the Dublin Institute for Advanced Studies, where he teaches courses in Quantum Field Theory and Particle Physics. He is the author of Group-Structure of Gauge Theory.