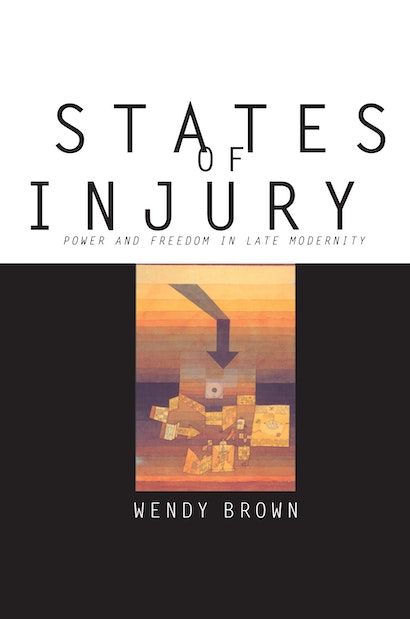 Whether in characterizing Catharine MacKinnon’s theory of gender as itself pornographic or in identifying liberalism as unable to make good on its promises, Wendy Brown pursues a central question: how does a sense of woundedness become the basis for a sense of identity? Brown argues that efforts to outlaw hate speech and pornography powerfully legitimize the state: such apparently well-intentioned attempts harm victims further by portraying them as so helpless as to be in continuing need of governmental protection. “Whether one is dealing with the state, the Mafia, parents, pimps, police, or husbands,” writes Brown, “the heavy price of institutionalized protection is always a measure of dependence and agreement to abide by the protector’s rules.” True democracy, she insists, requires sharing power, not regulation by it; freedom, not protection.


Refusing any facile identification with one political position or another, Brown applies her argument to a panoply of topics, from the basis of litigiousness in political life to the appearance on the academic Left of themes of revenge and a thwarted will to power. These and other provocations in contemporary political thought and political life provide an occasion for rethinking the value of several of the last two centuries’ most compelling theoretical critiques of modern political life, including the positions of Nietzsche, Marx, Weber, and Foucault.

Wendy Brown is Professor of Women's Studies at the University of California, Santa Cruz, and the author of Manhood and Politics: A Feminist Reading in Political Theory.

"Wendy Brown undertakes a critical analysis of late modern state power to reveal how identity politics translated into rights claims ... [This study] significantly advances our understanding of aspects of politics where particular identities and universal rights are currently in conflict."—American Political Science Review

"A compelling and original book which provides critical and much needed insight into the workings of contemporary American politics. There isn't anyone else doing this kind of work in political theory."—Joan W. Scott, Institute for Advanced Study