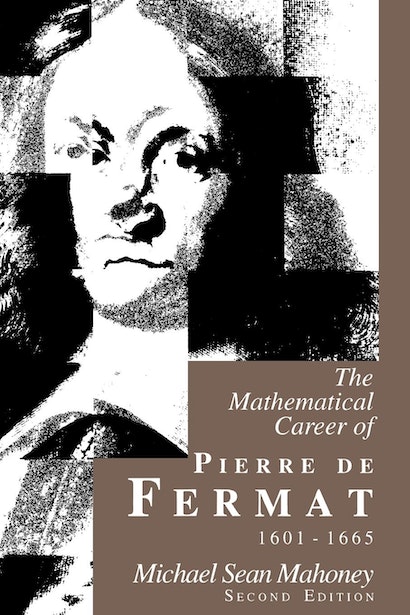 Hailed as one of the greatest mathematical results of the twentieth century, the recent proof of Fermat’s Last Theorem by Andrew Wiles brought to public attention the enigmatic problem-solver Pierre de Fermat, who centuries ago stated his famous conjecture in a margin of a book, writing that he did not have enough room to show his “truly marvelous demonstration.” Along with formulating this proposition — xn+yn=zn has no rational solution for n > 2 — Fermat, an inventor of analytic geometry, also laid the foundations of differential and integral calculus, established, together with Pascal, the conceptual guidelines of the theory of probability, and created modern number theory. In one of the first full-length investigations of Fermat’s life and work, Michael Sean Mahoney provides rare insight into the mathematical genius of a hobbyist who never sought to publish his work, yet who ranked with his contemporaries Pascal and Descartes in shaping the course of modern mathematics.

Michael Sean Mahoney is Professor of History at Princeton University.

"Mahoney's sensitive handling of the material, his sharp appreciation of conceptual and notational subtleties, and his willingness to detail or reconstruct proofs and procedures, now make possible an appreciation of the real power and variety of Fermat's invention."—Alan Gabbey, British Journal for the History of Science

"A remarkably satisfying and cogent analysis."—Carl B. Boyer, Science