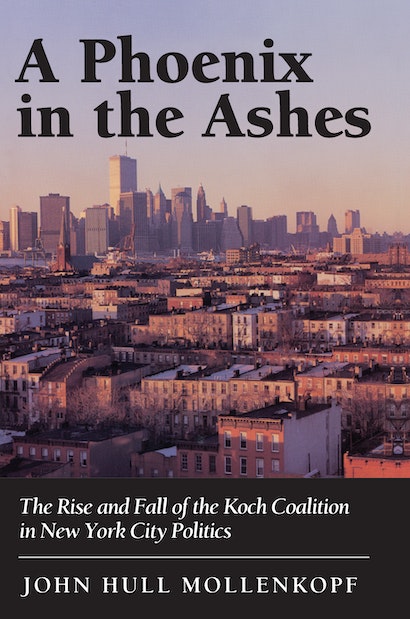 In the years following its near-bankruptcy in 1976 until the end of the 1980s, New York City came to epitomize the debt-driven, deal-oriented, economic boom of the Reagan era. Exploring the interplay between social structural change and political power during this period, John Mollenkopf asks why a city with a large minority population and a long tradition of liberalism elected a conservative mayor who promoted real-estate development and belittled minority activists. Through a careful analysis of voting patterns, political strategies of various interest groups, and policy trends, he explains how Mayor Edward Koch created a powerful political coalition and why it ultimately failed.

John Hull Mollenkopf is Professor of Political Science at the Graduate Center of the City University of New York.

"[A] first-rate study of the ascendancy and collapse of the Koch coalition.... Mollenkopf traces the arabesque of race, class, ethnicity, labor, religion, and policy payoffs ... that defined politics in what he terms a 'post-industrial' city.... Essential for understanding today's bitter Big Apple social politics."—Choice