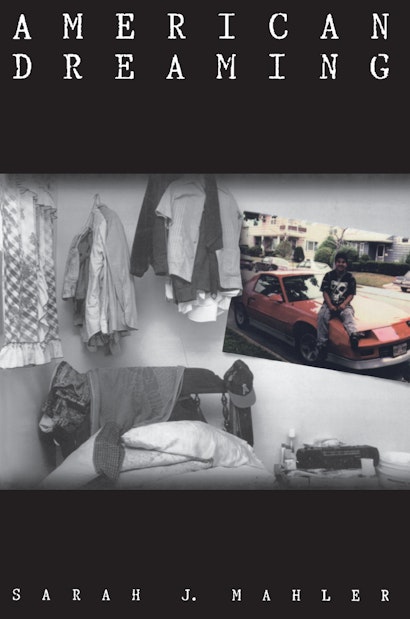 American Dreaming chronicles in rich detail the struggles of immigrants who have fled troubled homelands in search of a better life in the United States, only to be marginalized by the society that they hoped would embrace them. Sarah Mahler draws from her experiences living among undocumented Salvadoran and South American immigrants in a Long Island suburb of Manhattan. In moving interviews they describe their disillusionment with life in the United States but blame themselves individually or as a whole for their lack of economic success and not the greater society. As she explores the reasons behind this outlook, the author argues that marginalization fosters antagonism within ethnic groups while undermining the ethnic solidarity emphasized by many scholars of immigration.


Mahler’s investigation leads to conditions that often bar immigrants from success and that they cannot control, such as residential segregation, job exploitation, language and legal barriers, prejudice and outright hostility from their suburban neighbors. Some immigrants earn surplus income by using private cars as taxis, subletting space in apartments to lower rent burdens, and filling out legal forms and applications — in essence generating institutions largely parallel to those of the mainstream society whereby only a small group of entrepreneurs can profit. By exacting a price for what used to be acts of reciprocal good will in the homeland, these entrepreneurs leave people who had expected to be exploited by “Americans” feeling victimized by their own.

Sarah J. Mahler is Assistant Professor of Anthropology at the University of Vermont.

"Essential reading for anyone concerned with the real life of the nation's new immigrants, racial stratification in suburbia, and the contradictory consequences of U.S. immigration policy."—Katherine S. Newman, Columbia University