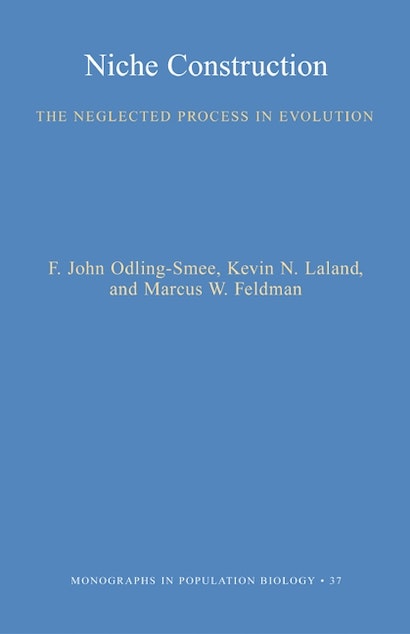 The seemingly innocent observation that the activities of organisms bring about changes in environments is so obvious that it seems an unlikely focus for a new line of thinking about evolution. Yet niche construction — as this process of organism-driven environmental modification is known — has hidden complexities. By transforming biotic and abiotic sources of natural selection in external environments, niche construction generates feedback in evolution on a scale hitherto underestimated — and in a manner that transforms the evolutionary dynamic. It also plays a critical role in ecology, supporting ecosystem engineering and influencing the flow of energy and nutrients through ecosystems. Despite this, niche construction has been given short shrift in theoretical biology, in part because it cannot be fully understood within the framework of standard evolutionary theory.


Wedding evolution and ecology, this book extends evolutionary theory by formally including niche construction and ecological inheritance as additional evolutionary processes. The authors support their historic move with empirical data, theoretical population genetics, and conceptual models. They also describe new research methods capable of testing the theory. They demonstrate how their theory can resolve long-standing problems in ecology, particularly by advancing the sorely needed synthesis of ecology and evolution, and how it offers an evolutionary basis for the human sciences.


Already hailed as a pioneering work by some of the world’s most influential biologists, this is a rare, potentially field-changing contribution to the biological sciences.

F. John Odling-Smee is a Lecturer in Oxford University's Institute of Biological Anthropology. Kevin N. Laland is a Royal Society University Research Fellow and Reader in Biology at the University of St. Andrews. Marcus W. Feldman is Burnet C. and Mildred Finley Wohlford Professor of Biological Sciences at Stanford University.

"In Niche Construction, Odling-Smee et al extend the Darwinian approach to provide a systemic framework for thinking about how environments are modified by organisms and the extent to which these constructed environments influence the evolution of other species."—David Krakauer, Times Higher Education Supplement

"Niche construction takes off from standard population genetics theory, but reinvents both the niche and evolutionary theory in ways that require a revolutionary re-thinking of ecological and evolutionary dynamics. . . . A brief review cannot do justice to the excitement that [the authors] generate with their ideas. The relatively simple observation that at least some, if not most organisms modify their environment is shown by [them] to have dramatic consequences for our understanding of evolution by natural selection."—Aaron M. Ellison, Ecology

"A marvelous achievement. . . . [The authors] present a sustained, rigorous, and highly original argument for the extended evolutionary theory they advocate, that blends theoretical, empirical and philosophical considerations in a most impressive way."—Samir Okasha, Biology and Philosophy

"We humans are increasingly aware of the way our activities are altering our environment. We rarely reflect, however, that the entire evolutionary history of life on earth is written essentially in terms of organism' modification of their environment, and responses to the subsequent changes. This book is a wonderful exploration of this strangely neglected topic, opening new vistas on how organisms—including humans—construct ecological niches over evolutionary time. After developing a basic theoretical framework, the authors first indicate applications of these new ideas to evolutionary biology, to ecology, and to the human sciences. They even risk some testable predictions. I think this book is a 'must read.'"—Robert M. May, University of Oxford

"There has been a growing understanding in biology that organisms do not simply 'adapt' to preexisting environments, but that they actively change and construct the world in which they live. Not until Niche Construction, however, has that understanding been turned into a coherent structure that brings together the observations about natural history and an exact dynamical theory. The sobriquet, 'landmark' is casually used to press the virtues of books, but seldom can it be taken seriously, Niche Construction really is a landmark book."—Richard Lewontin, Harvard University

"If the amount of attention warranted by this book is paid to it, the result should be a massive reorientation of evolutionary theory."—David Hull, Northwestern University

"This ambitious book tackles a problem of fundamental importance in science: the whole-hearted synthesis of the disciplines of ecology and evolution. The marriage of these two has often been announced, but the consummation of the union is long overdue."—Robert D. Holt, University of Florida

"Organisms are affected by the world in which they live but also influence that world. Importantly, they may play an active role in constructing the ecological niche into which they fit. This construction process inevitably affects the evolution of their descendants. Odling-Smee, Laland, and Feldman have provided the first full-length treatment of an intensely absorbing topic which deserves the close attention of anybody interested in evolution."—Patrick Bateson, The Provost's Lodge, King's College, Cambridge