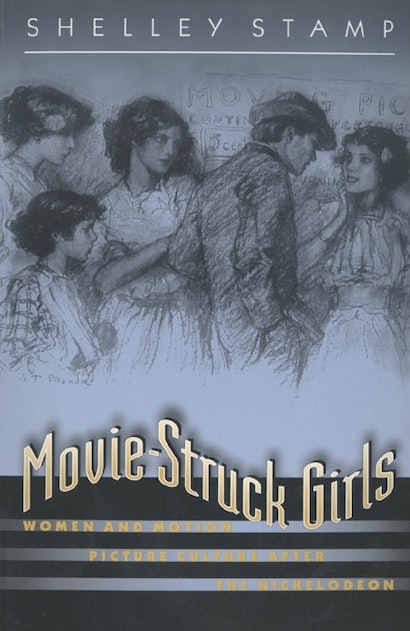 Movie-Struck Girls examines women’s films and filmgoing in the 1910s, a period when female patronage was energetically courted by the industry for the first time. By looking closely at how women were invited to participate in movie culture, the films they were offered, and the visual pleasures they enjoyed, Shelley Stamp demonstrates that women significantly complicated cinemagoing throughout this formative, transitional era. Growing female patronage and increased emphasis on women’s subject matter did not necessarily bolster cinema’s cultural legitimacy, as many in the industry had hoped, for women were not always enticed to the cinema by dignified, uplifting material, and once there, they were not always seamlessly integrated in the social space of theaters, nor the new optical pleasures of film viewing. In fact, Stamp argues that much about women’s films and filmgoing in the postnickelodeon years challenged, rather than served, the industry’s drive for greater respectability.


White slave films, action-adventure serial dramas, and women’s suffrage photoplays all drew female audiences to the cinema with stories aimed directly at women’s interests and with advertising campaigns that specifically targeted female moviegoers. Yet these examples suggest that women’s patronage was built with stories focused on sexuality, sensational thrill-seeking, and feminist agitation, topics not normally associated with ladylike gentility. And in each case concerns were raised about women’s conduct at cinemas and the viewing habits they enjoyed, demonstrating that women’s integration into motion picture culture was not as smooth as many have thought.

Shelley Stamp is Assistant Professor of Film and Digital Media at the University of California-Santa Cruz, where she won the Excellence in Teaching Award.

"A delightful and informative read and destined to be a classic in the field of film studies, this book is bound to attract a broad audience of scholars and movie buffs interested in learning more about the connections between movies and women in the early years of the film industry."—Choice

"In this superbly researched and engagingly written volume, Shelley Stamp has covered all the bases in dealing with women and silent American cinema of the early feature era. From describing the protocol of dress and behavior for women at nickelodeons and early picture places, to providing the most thorough treatment of the white slavery scare and its effect on early filmmaking, Stamp provides a model film history, keenly aware of the images on the screen, women's political activism in relation to film, and the practices of everyday life in moviegoing. This is the book to read on women and American silent film as it established itself as an aesthetic, social, and political practice."—Tom Gunning, University of Chicago

"Shelley Stamp's argument challenges the dominant over-simplified view of gender and spectatorship during the 1910s. She combines important, ground-breaking research with a good, clear writing style. The book is a pleasure to read."—Donald Crafton, University of Notre Dame

"Shelley Stamp has discovered a deep range of new documents that will be of critical importance to scholars who wish to expand upon the theories of spectatorship and broader theories of gender and visuality. The figure of the 'movie-struck girl' provides an excellent model for the contradictions of female spectatorship—a spectator caught between her fascination with the screen image and her projective identification with her own reflection. Stamp has provided superb historical grounding for further exploration of such contradictions."—Anne Friedberg, University of California, Irvine