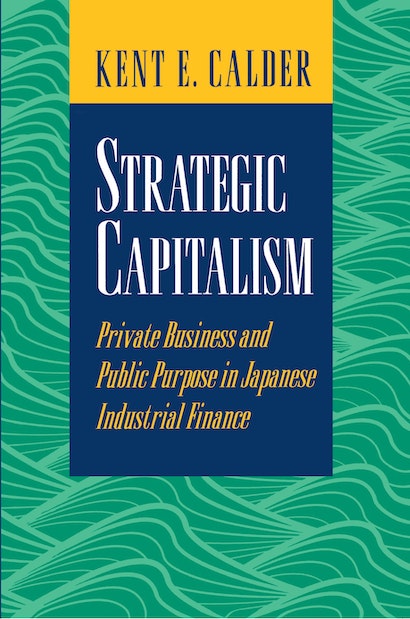 Was Japan’s economic miracle generated primarily by the Japanese state or by the nation’s dynamic private sector? In addressing this question, Kent Calder’s richly detailed study offers a distinctive reinterpretation of Japanese government-business relations. Calder challenges popular opinion to demonstrate how Japanese private enterprise has complemented the state in achieving the national purpose of industrial transformation.

Kent E. Calder is Associate Professor at the Woodrow Wilson School of Public and International Affairs at Princeton University and the Director of Princeton University's Program on U.S.-Japan Relations. He is the author of Crisis and Compensation: Public Policy and Political Stability in Japan (Princeton), for which he won the Hiromi Arisawa and Masayoshi Ohira Awards. He is also the coauthor, with Roy Hofheinz, Jr., of The Eastasia Edge.

"[Calder] challenges [Chalmers] Johnson's depiction of Japan as a supremely successful government-command form of capitalism. Japan's private sector, he asserts, has been more independent and self-starting than the Johnson school would allow. . . . Strategic Capitalism is magnificently researched."—Robert Neff, Business Week

"Who ensured that loans flowed to Japan's winner industries, such as automobiles and consumer electronics? It wasn't brilliant bureaucrats, Mr. Calder argues with considerable force. The book marshals plenty of evidence of how passive and 'regulatory' the Japanese state frequently was, and how powerless its industrial strategists were against bureaucratic, business, and political foes."—Urban C. Lehner, The Wall Street Journal