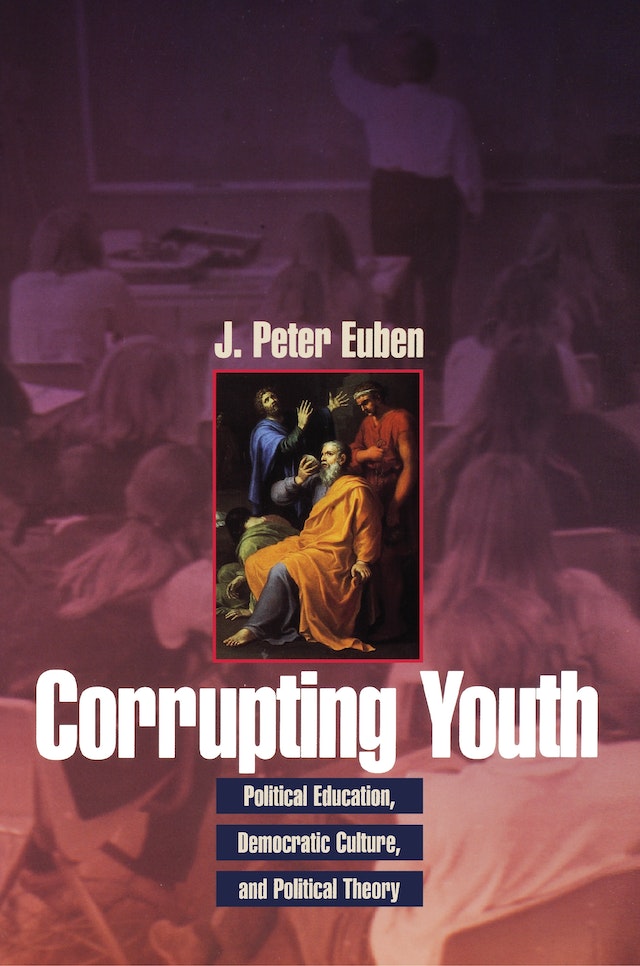 In Corrupting Youth, Peter Euben explores the affinities between Socratic philosophy and Athenian democratic culture as a way to think about issues of politics and education, both ancient and modern. The book moves skillfully between antiquity and the present, from ancient to contemporary political theory, and from Athenian to American democracy. It draws together important recent work by political theorists with the views of classical scholars in ways that shine new light on significant theoretical debates such as those over discourse ethics, rational choice, and political realism, and on political issues such as school vouchers and education reform. Euben not only argues for the generative capacity of classical texts and Athenian political thought, he demonstrates it by thinking with them to provide a framework for reflecting more deeply about socially divisive issues such as the war over the canon and the “politicization” of the university.


Drawing on Aristophanes’ Clouds, Sophocles’ Antigone and Oedipus Tyrannos, and Plato’s Apology of Socrates, Gorgias, and Protagoras, Euben develops a view of democratic political education. Arguing that Athenian democratic practices constituted a tradition of accountability and self-critique that Socrates expanded into a way of doing philosophy, Euben suggests a necessary reciprocity between political philosophy and radical democracy. By asking whether we can or should take “Socrates” out of the academy and put him back in front of a wider audience, Euben argues for anchoring contemporary higher education in appreciative yet skeptical encounter with the dramatic figure in Plato’s dialogues.

J. Peter Euben is Professor of Politics at the University of California at Santa Cruz. He is the author of The Tragedy of Political Theory: The Road Not Taken (Princeton), the editor of Greek Tragedy and Political Theory, and coeditor of Athenian Political Thought and Reconstitution of American Democracy.

"In this wide-ranging study of political thought in classical Athens, Peter Euben locates Greek explorations of the civic community, and how one educates people for it, in the context of contemporary debates over higher education in the United States. . . . [This] work, probing and reflective, with many surprising twists and turns, will spark quite enough (democratic) discussion and debate as it is."—American Journal of Philology