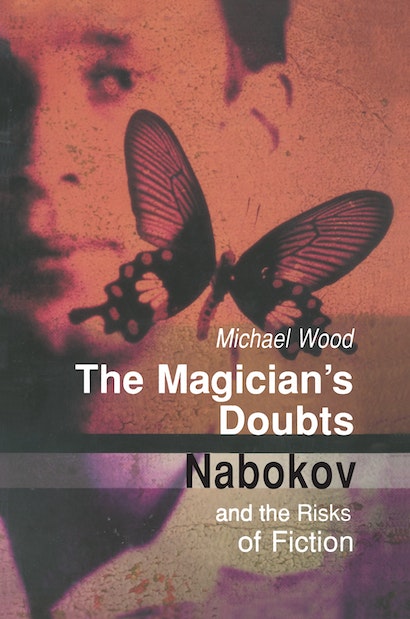 As a child in Russia, Vladimir Nabokov enjoyed conjuring: “I loved doing simple tricks — turning water into wine, that kind of thing.” In this engrossing book Michael Wood explores the blend of arrogance and mischief that makes Nabokov such a fascinating and elusive master of fiction. Wood argues that Nabokov is neither the aesthete he liked to pretend to be nor the heavy-handed moralist recent critics make him. Major works like Pnin, Lolita, Pale Fire and Ada appear in a new light, but there are also chapters on earlier works, like the Real Life of Sebastian Knight; on selected short stories; and on the translation of Eugene Onegin, as well as detailed discussions of Nabokov’s ideas of literature, memory, pity, and pain.


The book comes fully to terms with Nabokov’s blend of playfulness and seriousness, delving into the real delight of reading him and the odd disquiet that lurks beneath that pleasure. Wood’s speculations spin outward to illuminate the ambiguities and aspirations of the modern novel, and to raise the question of how we uncover “the author” in a work, without falling into the obvious biographical traps. The Magician’s Doubts slices through the dustier conventions of criticism and never loses sight of the emotional and sensual pleasure of reading.

Michael Wood is Charles Barnwell Straut Professor of English at Princeton University. His previous works include Stendhal and America in the Movies.

"This is a fine example of an endangered species: the full-length book of literary criticism dedicated to the appreciation and interpretation of a single author, addressed to the general reader. . . . Reading The Magician's Doubts, we re-experience and recover . . . pleasures of Nabokov's texts we may have forgotten or overlooked."—David Lodge, The New York Times Book Review

"Wood's book is so thronged with pleasures, so acute in its insights, so replete with clear thoughts limpidly expressed, that one could. . . write a review of it consisting entirely of quotations from the text. . . . [It] offers us an entirely new set of insights into the work of a modern master."—John Banville, The New York Review of Books

"Michael Wood's study of Nabokov is a stunningly brilliant analysis of how, as he says, the sly idiot, the haughty mandarin, and the great, doubting magician get along together in works like Lolita and Ada.... In his own beautifully supple and attractive prose, [Wood] renders his insights with grace and wisdom. The Magician's Doubts is, quite simply, a wonderful book, not to be passed up."—Edward Said