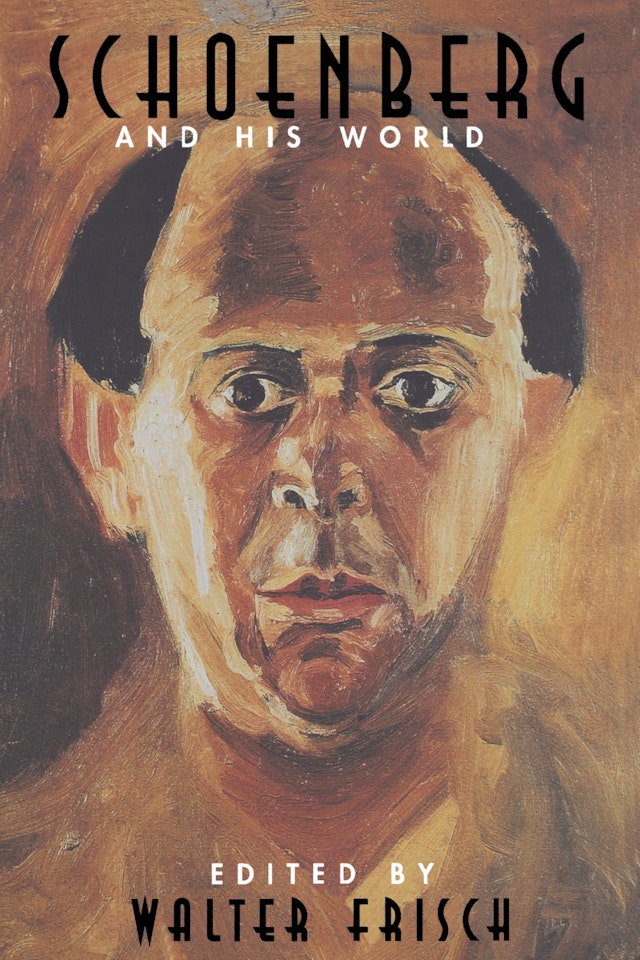 As the twentieth century draws to a close, Arnold Schoenberg (1874-1951) is being acknowledged as one of its most significant and multifaceted composers. Schoenberg and His World explores the richness of his genius through commentary and documents.


Marilyn McCoy opens the volume with a concise chronology, based on the latest scholarship, of Schoenberg’s life and works. Essays by Joseph Auner, Leon Botstein, Reinhold Brinkmann, J. Peter Burkholder, Severine Neff, and Rudolf Stephan examine aspects of his creative output, theoretical writings, relation to earlier music, and the socio-cultural contexts in which he worked.


The documentary portions of Schoenberg and His World capture Schoenberg at critical periods of his career: during the first decades of the century, primarily in his native Vienna; from 1926 to 1933, in Berlin; and from 1933 on, in the U.S. Included here is the first complete translation into English of the remarkable Festschrift prepared for the 38-year-old Schoenberg by his pupils in 1912; it presciently explored the diverse talents as a composer, teacher, painter, and theorist for which he was later to be recognized. The Berlin years, when he held one of the most prestigious teaching positions in Europe, are represented by interviews with him and articles about his public lectures.


The final portion of the volume, devoted to the theme Schoenberg and America, focuses on how the composer viewed — and was viewed by — the country where he spent his final eighteen years. Sabine Feisst brings together and comments upon sources which, contrary to much received opinion, attest to both the considerable impact that Schoenberg had upon his newly adopted land and his own deep involvement in its musical life.

Walter Frisch, Professor of Music at Columbia University, edited the inaugural volume in the Bard Music Series, on Brahms (1990). He is the author of The Early Works of Arnold Schoenberg, 1893-1908, which won an ASCAP-Deems Taylor award in 1994.