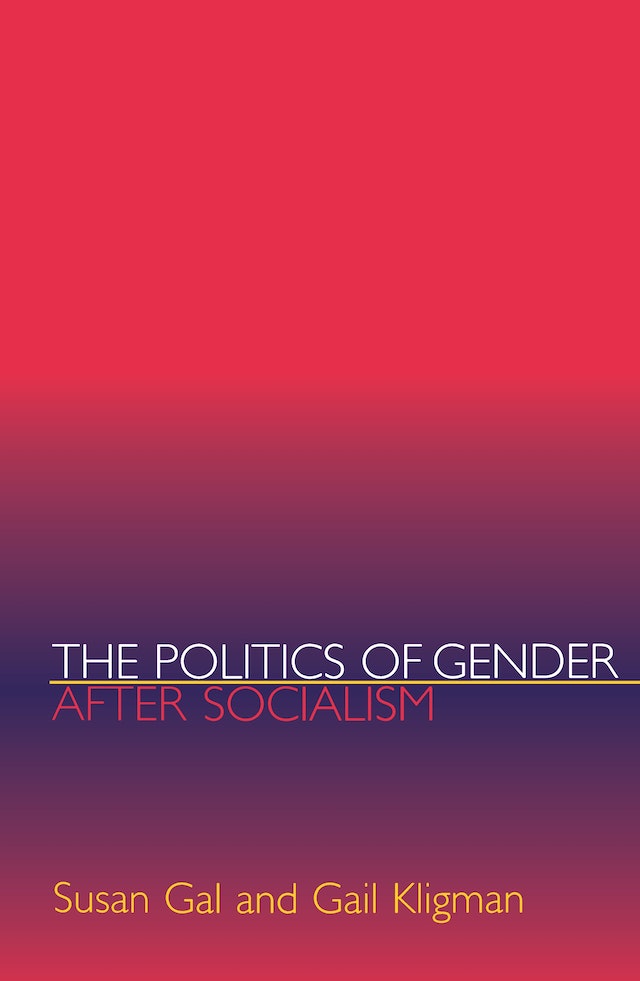 With the collapse of communism, a new world seemed to open for the peoples of East Central Europe. The possibilities this world presented, and the costs it exacted, have been experienced differently by men and women. Susan Gal and Gail Kligman explore these differences through a probing analysis of the role of gender in reshaping politics and social relations since 1989.


The authors raise two crucial questions: How are gender relations and ideas about gender shaping political and economic change in the region? And what forms of gender inequality are emerging as a result? The book provides a rich understanding of gender relations and their significance in social and institutional transformations. Gal and Kligman offer a systematic comparison of East Central European gender relations with those of western welfare states, and with the presocialist, bourgeois past. Throughout this essay, the authors attend to historical comparisons as well as cross regional interactions and contrasts. Their work contributes importantly to the study of postsocialism, and to the broader feminist literature that critically examines how states and political-economic processes are gendered, and how states and markets regulate gender relations.

"The contributors not only show what has and has not changed since the old order's collapse; they create another vantage point from which to judge the whole process of postsocialist and economic transformation."—Foreign Affairs

"In this insightful and accessibly written edited volume, Susan Gal and Gail Kligman have collected a diverse group of essays analyzing the democratization and marketization processes occurring in east central Europe through a gendered lens. . . . Not only have women and men been affected differently by the economic and political changes under postcommunism, but, as this volume's case studies show, gendered analysis lends insight into the process of transition itself."—Valerie Sperling, Slavic Review

"Breathtaking in scope and beautifully written, The Politics of Gender After Socialism is a compelling look at the ways in which women and men, states and markets, negotiate the politics of gender in a changing social world. Gal and Kligman have made a vital contribution not only to the literature on the transition in East Central Europe but also to the study of gender, economy and politics. A stunning analysis."—Nancy Weiss Hanrahan, Journal of Social History

"Gal and Kligman have produced a tour de force of political exegesis and scholarship. The Politics of Gender after Socialism is destined to become a classic in studies of gender and political sociology as well as 'transition.' Scholars of political culture and institutions, whether they focus upon gender or not, East or West, will find this book important and stimulating."—Mabel Berezin, American Journal of Sociology

"The Politics of Gender after Socialism is a majestic work. Susan Gal and Gail Kligman offer a theoretically ambitious and empirically well grounded analysis of the transition from socialism to capitalism. They cover the most diverse aspects of social existence, from struggles about abortion and reproductive rights to the separation of public-private spheres, to the remaking of the political and economic system. In each of these fields they demonstrate the gendered nature of social transformation. They show persuasively the balance of continuity and change both in gender relations and in the social character of socialist and postsocialist formation. This book is far more than a study of gender issues after the fall of socialism; it is a major contribution to the theory of transition to a market economy and democracy."—Ivan Szelenyi, Yale University

"Finally a book that makes sense of contemporary gender politics in East Central Europe. Written with great clarity, but no sacrifice of depth or complexity, Gal and Kligman give us the theoretical and historical tools for understanding social and political developments since the fall of communism. Most impressively they provide concrete illustrations for their point that concepts such as 'masculine,' 'feminine,' 'the welfare state,' 'public,' and 'private,' are variable and need to be read in their historical contexts."—Joan Wallach Scott, Institute for Advanced Study

"This is a very important and engaging study on East-Central European societies and their transformations through the lens of gender. It is a wonderful source of information on different aspects of gender relations in Eastern Europe and a major theoretical contribution to at least three distinct fields of study: feminist theory, studies on social change, and research on Eastern Europe."—Eva Fodor, Dartmouth College

"Gal and Kligman's synthesis of the gender issues and tensions in the transformation of east-central Europe is a tour-de-force. They show how deeply and differently gender was imbedded in the economic and political structures of these countries, and also how the transformation itself has had a strongly gendered character. By looking at the transformation process as a whole through a gender lens, the authors gain a critical handle on the misleading dichotomization of public and private that has characterized so much discussion of the area. Rather than painting women as the passive victims of marketization or the unambiguous beneficiaries of democratization, they tease out the conflicting tendencies toward empowerment and marginalization that are lurking in the changes in families, economies and politics throughout the region. This is a crucial contribution to studies of gender, the transformation and the state in general."—Myra Marx Ferree, University of Wisconsin, Madison

"The Politics of Gender after Socialism is a stunning analysis of how the gender relations of the former socialist states are being transformed in the transition to privatization and market economies. . . . Gal and Kligman have made a vital contribution not only to the literature on the transition in East Central Europe but also to the study of gender, economy and politics. . . . Breathtaking in scope and beautifully written, The Politics of Gender after Socialism is a compelling look at the ways in which women and men, states and markets, negotiate the politics of gender in a changing social world."—Nancy Weiss Hanrahan