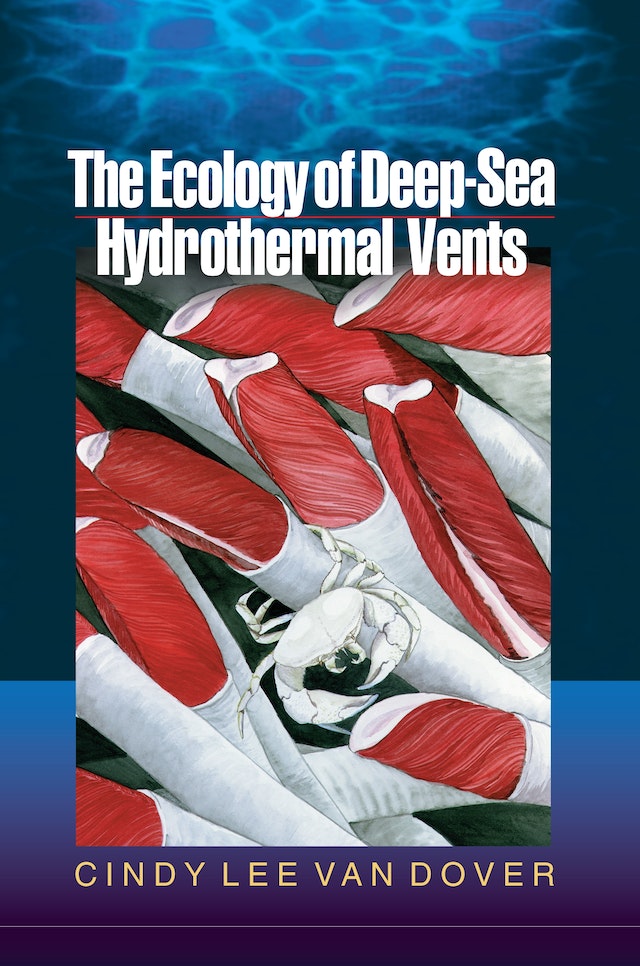 Teeming with weird and wonderful life — giant clams and mussels, tubeworms, “eyeless” shrimp, and bacteria that survive on sulfur — deep-sea hot-water springs are found along rifts where sea-floor spreading occurs. The theory of plate tectonics predicted the existence of these hydrothermal vents, but they were discovered only in 1977. Since then the sites have attracted teams of scientists seeking to understand how life can thrive in what would seem to be intolerable or extreme conditions of temperature and fluid chemistry. Some suspect that these vents even hold the key to understanding the very origins of life. Here a leading expert provides the first authoritative and comprehensive account of this research in a book intended for students, professionals, and general readers. Cindy Lee Van Dover, an ecologist, brings nearly two decades of experience and a lively writing style to the text, which is further enhanced by two hundred illustrations, including photographs of vent communities taken in situ.


The book begins by explaining what is known about hydrothermal systems in terms of their deep-sea environment and their geological and chemical makeup. The coverage of microbial ecology includes a chapter on symbiosis. Symbiotic relationships are further developed in a section on physiological ecology, which includes discussions of adaptations to sulfide, thermal tolerances, and sensory adaptations. Separate chapters are devoted to trophic relationships and reproductive ecology. A chapter on community dynamics reveals what has been learned about the ways in which vent communities become established and why they persist, while a chapter on evolution and biogeography examines patterns of species diversity and evolutionary relationships within chemosynthetic ecosystems.


Cognate communities such as seeps and whale skeletons come under scrutiny for their ability to support microbial and invertebrate communities that are ecologically and evolutionarily related to hydrothermal faunas. The book concludes by exploring the possibility that life originated at hydrothermal vents, a hypothesis that has had tremendous impact on our ideas about the potential for life on other planets or planetary bodies in our solar system.

Cindy Lee Van Dover, an Assistant Professor in the Biology Department at the College of William & Mary, was technician and pilot of the deep-diving submersible Alvin from 1989 to 1991. She has made more than 100 dives to depths of greater than 2000 m, and her work with Alvin has taken her to nearly all of the known vent fields in the Atlantic and Pacific. A personal account of her experiences as a pilot and scientist can be found in her popular book, Deep-Ocean Journeys.

"This is a truly readable book, lavishly illustrated, that covers one of the most exciting and interesting aspects of marine biology. Offering a very thoughtful interpretation and analysis of the data available, the book takes a wonderful holistic approach to its subject. It will be the standard text in vent biology."—Paul Tyler, University of Southampton

"This book will acquaint a whole generation of readers and students to the wonders of the deep sea and the discoveries that have yet to be made on the earth. It will be a valuable resource, serving as a textbook for advanced undergraduate and graduate courses and as a reference for researchers in the fields of deep-sea hydrothermal vents, oceanography, marine biology, invertebrate zoology, microbiology, and biogeography. Because Cindy Van Dover is a truly gifted writer, her book will also be extremely useful to general readers outside of these main fields. It is a joy to read."—Colleen Cavanaugh, Harvard University