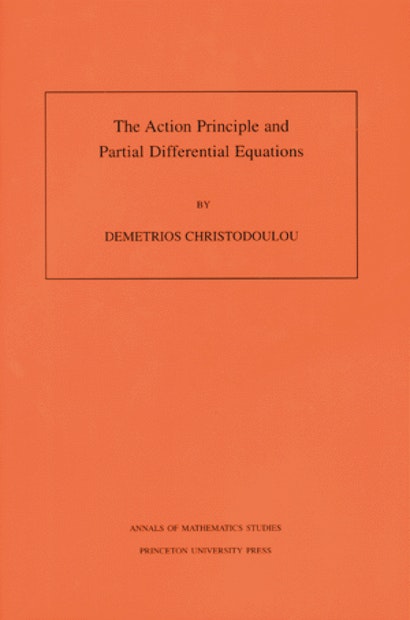 This book introduces new methods in the theory of partial differential equations derivable from a Lagrangian. These methods constitute, in part, an extension to partial differential equations of the methods of symplectic geometry and Hamilton-Jacobi theory for Lagrangian systems of ordinary differential equations. A distinguishing characteristic of this approach is that one considers, at once, entire families of solutions of the Euler-Lagrange equations, rather than restricting attention to single solutions at a time. The second part of the book develops a general theory of integral identities, the theory of “compatible currents,” which extends the work of E. Noether. Finally, the third part introduces a new general definition of hyperbolicity, based on a quadratic form associated with the Lagrangian, which overcomes the obstacles arising from singularities of the characteristic variety that were encountered in previous approaches. On the basis of the new definition, the domain-of-dependence theorem and stability properties of solutions are derived. Applications to continuum mechanics are discussed throughout the book. The last chapter is devoted to the electrodynamics of nonlinear continuous media.

Demetrios Christodoulou is Professor of Mathematics at Princeton University. He has been awarded a John and Catherine MacArthur Fellowship, as well as a John Simon Guggenheim Fellowship. His previous book The Global Nonlinear Stability of the Minkowski Space (Princeton), cowritten with Sergiu Klainerman, won the Bücher Memorial Prize of the American Mathematical Society.