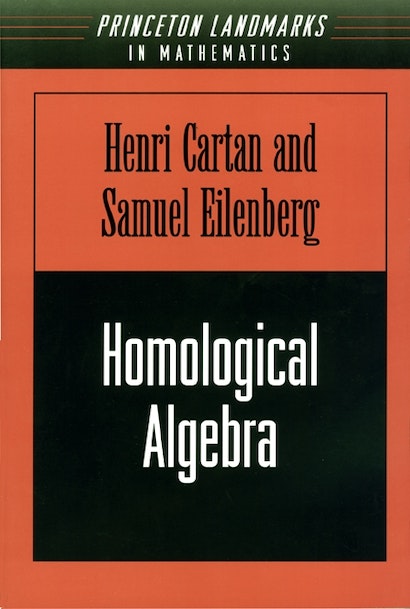 When this book was written, methods of algebraic topology had caused revolutions in the world of pure algebra. To clarify the advances that had been made, Cartan and Eilenberg tried to unify the fields and to construct the framework of a fully fledged theory. The invasion of algebra had occurred on three fronts through the construction of cohomology theories for groups, Lie algebras, and associative algebras. This book presents a single homology (and also cohomology) theory that embodies all three; a large number of results is thus established in a general framework. Subsequently, each of the three theories is singled out by a suitable specialization, and its specific properties are studied.


The starting point is the notion of a module over a ring. The primary operations are the tensor product of two modules and the groups of all homomorphisms of one module into another. From these, “higher order” derived of operations are obtained, which enjoy all the properties usually attributed to homology theories. This leads in a natural way to the study of “functors” and of their “derived functors.”


This mathematical masterpiece will appeal to all mathematicians working in algebraic topology.