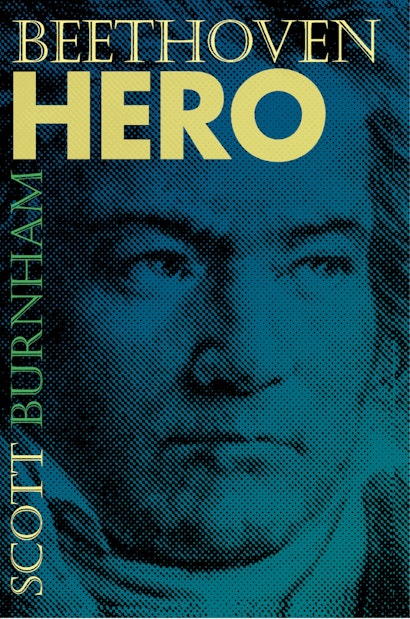 Bringing together reception history, music analysis and criticism, the history of music theory, and the philosophy of music, Beethoven Hero explores the nature and persistence of Beethoven’s heroic style. What have we come to value in this music, asks Scott Burnham, and why do generations of critics and analysts hear it in much the same way? Specifically, what is it that fosters the intensity of listener engagement with the heroic style, the often overwhelming sense of identification with its musical process? Starting with the story of heroic quest heard time and again in the first movement of the Eroica Symphony, Burnham suggests that Beethoven’s music matters profoundly to its listeners because it projects an empowering sense of self, destiny, and freedom, while modeling ironic self-consciousness.


In addition to thus identifying Beethoven’s music as an overarching expression of values central to the age of Goethe and Hegel, the author describes and then critiques the process by which the musical values of the heroic style quickly became the controlling model of compositional logic in Western music criticism and analysis. Apart from its importance for students of Beethoven, this book will appeal to those interested in canon formation in the arts and in music as a cultural, ethical, and emotional force — and to anyone concerned with what we want from music and what music does for us.

Scott Burnham is Associate Professor of Music at Princeton University.

"Strategic economy is a very striking feature of this book, as striking as its breathtaking ambition.... Those with intestinal fortitude will find much to ponder, admire, and digest in Beethoven Hero."—New York Review of Books

"Scott Burnham's Beethoven Hero is in every respect an exciting new book.... Burnham's arguments are well marshaled, his answers ... trenchantly expressed; the previewers quoted on the dust-jacket have every reason to extol the book as both 'courageous' and 'convincing'."—William Drabkin, The Times Literary Supplement

"How the composer was able to make his personal quest our quest is ... explored in Beethoven Hero, which is one of those rare Beethoven books written with a verve and passion to approximate its subject."—Charles Michner, The New York Observer

"The most important contribution of the past two decades to the history of the philosophy of music and of music theory."—Charles Rosen, University of Chicago