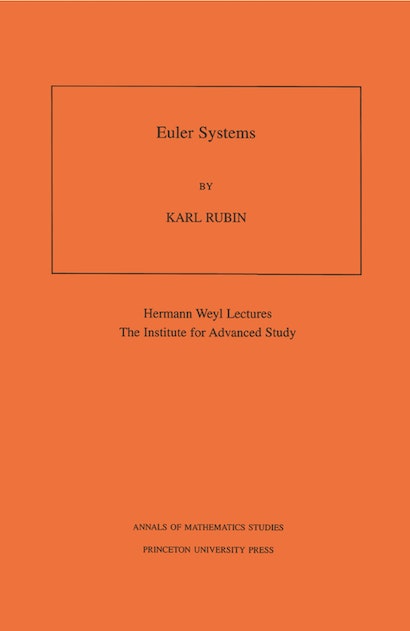 One of the most exciting new subjects in Algebraic Number Theory and Arithmetic Algebraic Geometry is the theory of Euler systems. Euler systems are special collections of cohomology classes attached to p-adic Galois representations. Introduced by Victor Kolyvagin in the late 1980s in order to bound Selmer groups attached to p-adic representations, Euler systems have since been used to solve several key problems. These include certain cases of the Birch and Swinnerton-Dyer Conjecture and the Main Conjecture of Iwasawa Theory. Because Selmer groups play a central role in Arithmetic Algebraic Geometry, Euler systems should be a powerful tool in the future development of the field.


Here, in the first book to appear on the subject, Karl Rubin presents a self-contained development of the theory of Euler systems. Rubin first reviews and develops the necessary facts from Galois cohomology. He then introduces Euler systems, states the main theorems, and develops examples and applications. The remainder of the book is devoted to the proofs of the main theorems as well as some further speculations.


The book assumes a solid background in algebraic Number Theory, and is suitable as an advanced graduate text. As a research monograph it will also prove useful to number theorists and researchers in Arithmetic Algebraic Geometry.

Karl Rubin, Professor of Mathematics at Stanford University, was awarded the Cole Prize of the American Mathematical Society in 1992. He has been a Guggenheim Fellow, a Sloan Fellow, and a National Science Foundation Presidential Young Investigator.