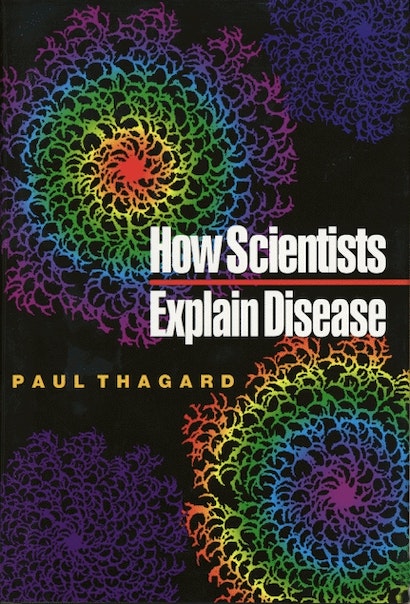 How do scientists develop new explanations of disease? How do those explanations become accepted as true? And how does medical diagnosis change when physicians are confronted with new scientific evidence? These are some of the questions that Paul Thagard pursues in this pathbreaking book that develops a new, integrative approach to the study of science.


Ranging through the history of medicine, from the Hippocratic theory of humors to modern explanations of Mad Cow Disease and chronic fatigue syndrome, Thagard analyzes the development and acceptance of scientific ideas. At the heart of the book is a case study of the recent dramatic shift in medical understanding of peptic ulcers, most of which are now believed to be caused by infection by the bacterium Helicobacter pylori. When this explanation was first proposed in 1983, it was greeted with intense skepticism by most medical experts, but it became widely accepted over the next decade. Thagard discusses the psychological processes of discovery and acceptance, the physical processes involving instruments and experiments, and the social processes of collaboration, communication, and consensus that brought about this transformation in medical knowledge.

How Scientists Explain Disease challenges both traditional philosophy of science, which has viewed science as largely a matter of logic, and contemporary science studies that view science as largely a matter of power. Drawing on theories of distributed computing and artificial intelligence, Paul Thagard develops new models that make sense of scientific change as a complex system of cognitive, social, and physical interactions.


This is a book that will appeal to all readers with an interest in the development of science and medicine. It combines an engaging style, significant research, and a powerfully original argument.

Paul Thagard is Professor of Philosophy and Director of the Cognitive Science Program at the University of Waterloo (Canada). His previous books include Conceptual Revolutions (Princeton) and Mind: Introduction to Cognitive Science (MIT Press).

"Thagard . . . presents a detailed structure for the scientific understanding of disease. . . . [A] valuable work. . . . Recommended."—Library Journal

"This book is remarkable for its clarity and its lack of doctrine. At each stage, Thagard outlines in plain terms precisely what he is trying to explain, and illustrates his explanation . . . It is precisely this even-handed and commonsense approach that allows him to give an accurate portrayal of what scientific advance is like. If this is what philosophers can do for science and medicine, we need more help from them."—Charles Bangham, The Times Higher Education Supplement

"An engaging look at contemporary medical science."—K. Codell Carter, Journal of the History of Medicine

"For anyone who has practised medicine long enough to wonder how and why some theories become fashionable and others fail to thrive, this book will make an interesting read. Paul Thagard finds both the traditional view of science as logic and the postmodern view of science as power inadequate for understanding how science develops."—Julia Lowe, British Medical Journal

"This clear and easy to read book is suitable for the general public and students, as well as professional philosophers of science. . . . The general reader will appreciate introductions to the logical, cognitive, and sociological approaches to the study of science. . . . Useful summaries at the end of each chapter allow a quick read of main points."—Lindley Darden, Philosophy of Science

"This is a wonderful book! In How Scientists Explain Disease, Paul Thagard offers us a delightful essay combining science, its history, philosophy, and sociology. Choosing as a case study the discovery that ulcers can be caused by bacteria and not simply by stress, Thagard takes us right into the heart of science and medicine, showing in a fascinating and illuminating way how scientists think, why they like ideas and (even more) why they might set up really strong objections to something which posterity judges a major advance. . . . It has been a long time since I read a book as important as this, and more importantly, it has been a long time since I read a scholarly book which gave me such simple pleasure."—Michael Ruse, University of Guelph, author of Monad to Man