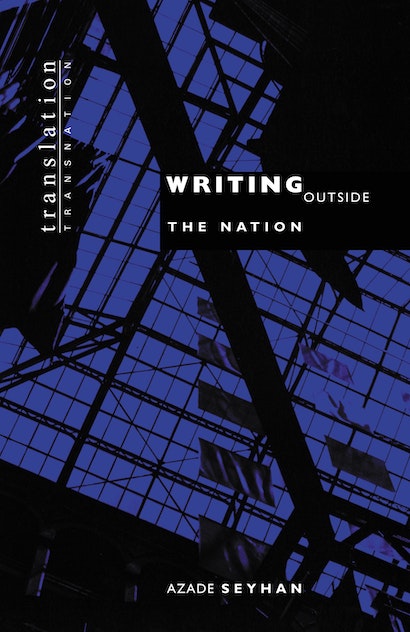 Some of the most innovative writers of contemporary literature are writing in diaspora in their second or third language. Here Azade Seyhan describes the domain of transnational poetics they inhabit. She begins by examining the works of selected bilingual and bicultural writers of the United States (including Oscar Hijuelos, Maxine Hong Kingston, and Eva Hoffman) and Germany (Libuse Moníková, Rafik Schami, and E. S. Özdamar, among others), developing a new framework for understanding the relationship between displacement, memory, and language. Considering themes of loss, witness, translation, identity, and exclusion, Seyhan interprets diasporic literatures as condensed archives of cultural and linguistic memory that give integrity and coherence to pasts ruptured by migration.


The book next compares works by contemporary Chicana and Turkish-German women writers as innovative and sovereign literary voices within the larger national cultures of the United States and Germany. Seyhan identifies in American multiculturalism critical clues for analyzing new cultural formations in Europe and maintains that Germany’s cultural transformation suggests new ways of reading the American literary mosaic. Her approach, however, extends well beyond these two literatures. She creates a critical map of a “third geography,” where a transnational, multilingual literary movement is gathering momentum.

Writing Outside the Nation both contributes to and departs from postcolonial studies in that it focuses specifically on transnational writers working outside of their “mother tongue” and compares American and German diasporic literatures within a sophisticated conceptual framework. It illustrates how literature’s symbolic economy can reclaim lost personal and national histories, as well as connect disparate and distant cultural traditions.

Azade Seyhan is the Fairbank Professor in the Humanities and Professor of German and Comparative Literature at Bryn Mawr College. She is author of Representation and Its Discontents: The Critical Legacy of German Romanticism.

"Azade Seyhan's innovative analysis of diasporic and transnational writing will certainly instigate re-interpretations of literary texts beyond the scope of her own study. [T]he achievement and importance of Seyhan's Writing Outside the Nation are unmistakable."—Gerd Bayer, German Studies Reviews

"This is a subtle, timely, well-informed, and engaging study. It acknowledges, draws upon, and yet also substantially expands upon a large and diversified body of existing scholarship(s), and it effectively accomplishes that rarity: the ability to move between informed theoretical reflection and specific literary analysis in such a way that each is deepened by and benefits from the other. It should appeal to a very wide audience, both to the specialist in a variety of disciplines and to the general reader. I recommend this book with unreserved enthusiasm."—Marc A. Weiner, Indiana University

"Seyhan explores contemporary literary expressions of diasporic experiences in a multifaceted comparative and theoretical framework that is highly original. Writing Outside the Nation will be a major contribution to humanistic disciplines. Its synthesizing features will help gain an integral view of diverse literary, critical, and theoretical works on exile. The interpretive analyses should inspire new studies or other narratives of diaspora."—Ülker Gökberk, Reed College