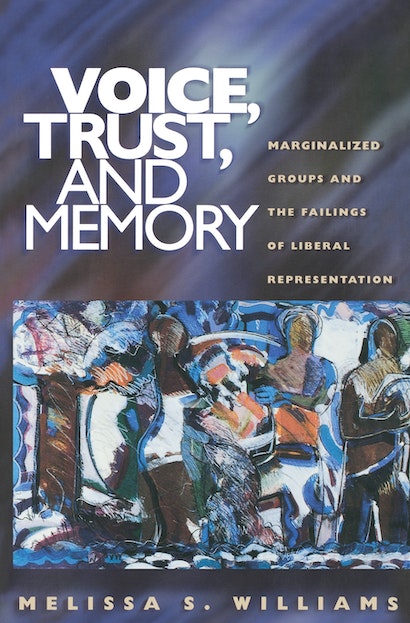 Does fair political representation for historically disadvantaged groups require their presence in legislative bodies? The intuition that women are best represented by women, and African-Americans by other African-Americans, has deep historical roots. Yet the conception of fair representation that prevails in American political culture and jurisprudence — what Melissa Williams calls “liberal representation” — concludes that the social identity of legislative representatives does not bear on their quality as representatives. Liberal representation’s slogan, “one person, one vote,” concludes that the outcome of the electoral and legislative process is fair, whatever it happens to be, so long as no voter is systematically excluded. Challenging this notion, Williams maintains that fair representation is powerfully affected by the identity of legislators and whether some of them are actually members of the historically marginalized groups that are most in need of protection in our society.

Williams argues first that the distinctive voice of these groups should be audible within the legislative process. Second, she holds that the self-representation of these groups is necessary to sustain their trust in democratic institutions. The memory of state-sponsored discrimination against these groups, together with ongoing patterns of inequality along group lines, provides both a reason to recognize group claims and a way of distinguishing stronger from weaker claims. The book closes by proposing institutions that can secure fair representation for marginalized groups without compromising principles of democratic freedom and equality.

Melissa S. Williams is Associate Professor of Political Science at the University of Toronto.

"This book is a stimulating and provocative contribution to the literature about the representation of marginalized groups, but it is more than this. . . . Questions about the representations of groups go to the heart of theories of representation. . . . It is an achievement to have cast these relationships in such a clear and revealing light."—Charles R. Beitz, American Political Science Review

"Substantial. . . . The Supreme Court has taken a strong line against the use of race to shape electoral districts. Williams has some powerful arguments against their recent decisions. . . . Williams, to her credit, does not rest at simply making the argument in favor of like representing like. . . . She takes on the mind-boggling task of reviewing a host of schemes."—Nathan Glazer, Times Literary Supplement

"Voice, Trust, and Memory is an important and original contribution to contemporary debates on democracy."—Dominique Leydet, Canadian Journal of Political Science

"An extremely well-written, clear, and well-organized exploration of an alternative to liberal representation. . . . It is an important book for scholars interested in issues of political representation."—Pamela Paxton, Contemporary Sociology