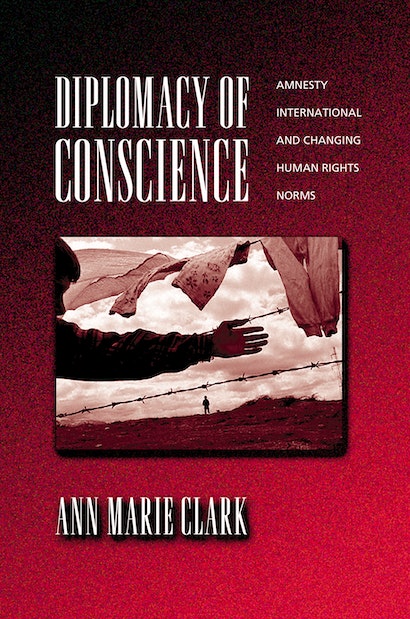 Diplomacy of Conscience traces Amnesty International’s efforts to strengthen both popular human rights awareness and international law against torture, disappearances, and political killings. Drawing on primary interviews and archival research, Ann Marie Clark posits that Amnesty International’s strenuously cultivated objectivity gave the group political independence and allowed it to be critical of all governments violating human rights. Its capacity to investigate abuses and interpret them according to international standards helped it foster consistency and coherence in new human rights law.


Generalizing from this study, Clark builds a theory of the autonomous role of nongovernmental actors in the emergence of international norms pitting moral imperatives against state sovereignty. Her work is of substantial historical and theoretical relevance to those interested in how norms take shape in international society, as well as anyone studying the increasing visibility of nongovernmental organizations on the international scene.

"The book makes clear that the creation of human rights norms was facilitated not just by exposing abuses but by quietly promoting (with the United Nations) new bodies of law and slowly accumulating international standards of conduct."—Foreign Affairs

"An important and timely contribution to the growing scholarly literature of the role of norms and the activities of nongovernmental organizations in international relations."—Morton Winston, Human Rights Quarterly

"Diplomacy of Conscience is a valuable book. By examining specific aspects of Amnesty International's widespread research and advocacy work, it goes well beyond the few shallow and dated studies of this critically important NGO."—Claude Welch, State University of New York, Buffalo

"This book makes an important and timely contribution to the growing literature on the role of non-state actors on international relations. Clark's research also fills in an important gap in the history of Amnesty International. This book shows, really for the first time, how the human rights paradigm evolves, in particular, how governments have responded to the pressure of 'moral shaming' produced by human rights NGOs by developing new techniques of repression, and how the human rights movement has responded in turn by enlarging and articulating the 'normative web' of international human rights laws. This dialectical struggle between the powerful and the allies of the oppressed continues to the present day. Clark's work revealing how it is done can be put to good use."—Morton Winston, The College of New Jersey