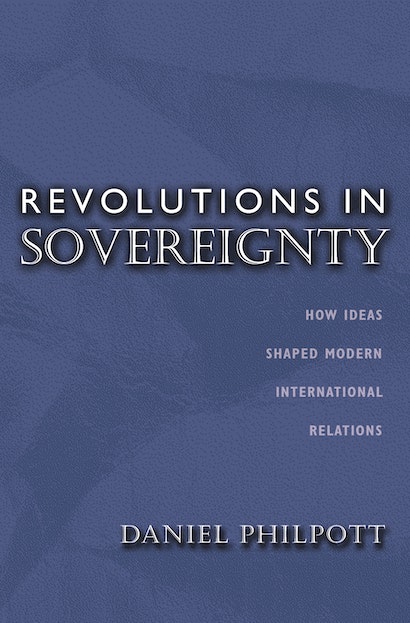 How did the world come to be organized into sovereign states? Daniel Philpott argues that two historical revolutions in ideas are responsible. First, the Protestant Reformation ended medieval Christendom and brought a system of sovereign states in Europe, culminating at the Peace of Westphalia in 1648. Second, ideas of equality and colonial nationalism brought a sweeping end to colonial empires around 1960, spreading the sovereign states system to the rest of the globe. In both cases, revolutions in ideas about legitimate political authority profoundly altered the “constitution” that establishes basic authority in the international system.


Ideas exercised influence first by shaping popular identities, then by exercising social power upon the elites who could bring about new international constitutions. Swaths of early modern Europeans, for instance, arrived at Protestant beliefs, then fought against the temporal powers of the Church on behalf of the sovereignty of secular princes, who could overthrow the formidable remains of a unified medieval Christendom. In the second revolution, colonial nationalists, domestic opponents of empire, and rival superpowers pressured European cabinets to relinquish their colonies in the name of equality and nationalism, resulting in a global system of sovereign states. Bringing new theoretical and historical depth to the study of international relations, Philpott demonstrates that while shifts in military, economic, and other forms of material power cannot be overlooked, only ideas can explain how the world came to be organized into a system of sovereign states.

Daniel Philpott is Assistant Professor of Political Science at the University of California, Santa Barbara. He has published on such topics as self-determination, sovereignty, and ethics and international relations.

"Revolutions and Sovereignty is a cogently argued and superbly written book in which Daniel Philpott sets forth an original and provocative thesis. Challenging Realist and materialist interpretations of international relations, he makes an impressive case for the central role of ideas, particularly religious ideas, in shaping the nature of revolutions in the international state system beginning with the impact of Protestantism on the Westphalian settlement of 1648. This is a book which undoubtedly will stimulate much debate and which demands and deserves thoughtful attention at a time when that state system is in the midst of yet another revolutionary transformation."—Samuel Huntington, Harvard University

"Dan Philpott is a rising star in international relations, and this book demonstrates why. It is rich in historic detail, conceptually rigorous, bold, and written with felicity. The reader puts down Revolutions in Sovereignty with a keener sense of why ideas matter to the world of international politics, an arena often construed as a field of force in which ideas play an inconsequent role."—Jean Bethke Elshtain, University of Chicago, author of Women and War

"Revolutions in Sovereignty tells us how ideas have shaped the basic structure of international relations in the modern era. Before sovereign statehood became real, it became an ideal in the minds of the leaders and their followers who then made states sovereign. In explaining how this happened, Daniel Philpott brings original and insightful scholarship to bear on large and important issues."—Michael Doyle, Princeton University, author of Ways of War and Peace